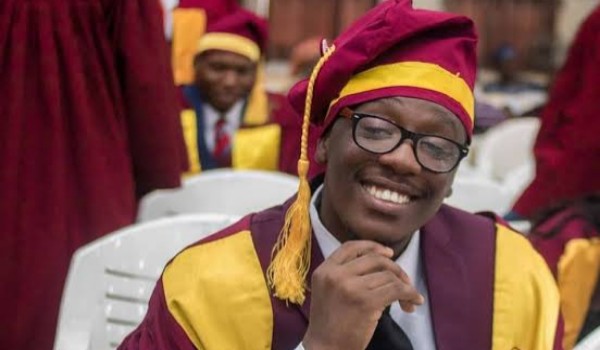 Two suspects have been arrested in connection with the murder of a serving doctor at the Lagos University Teaching Hospital (LUTH), Stephen Urueye.

Urueye had just graduated from the University of Lagos on Wednesday, and was on Thursday night was stabbed to death by suspected robbers right in front of the hospital at Idi Araba, Lagos.

Some colleagues of the deceased disclosed that the young Doctor received his first salary as a House Officer with LUTH the same day he was stabbed to death.

Urueye was among the 8,000 students that graduated at the 50th convocation ceremonies of the University of Lagos (UNILAG) on Wednesday.

Lagos State Police Command Public Relations Officer (PPRO) Bala Elkana, a Deputy Superintendent (DSP), who described those arrested as “hoodlums,” said they were arrested at the spot where the late Urueye was stabbed.

According to his colleagues, he was the only child of his mother, who is a widow.

After the attack on Thursday night, Urueye, with blood gushing out from his thigh, ran into the LUTH compound where he was taken to the Accident and Emergency Centre (A&E). He was later transferred to the Intensive Care Unit (ICU).

There, his fellow House Officers and senior doctors battled all through the night to save him, their efforts proved abortive when he gave up the ghost around 3am on Friday.

Reports of killing of 18 of our personnel by ISWAP false, MNJTF says