Home » Latest » Two days after, Ize-Iyamu yet to congratulate Obaseki, may head to court 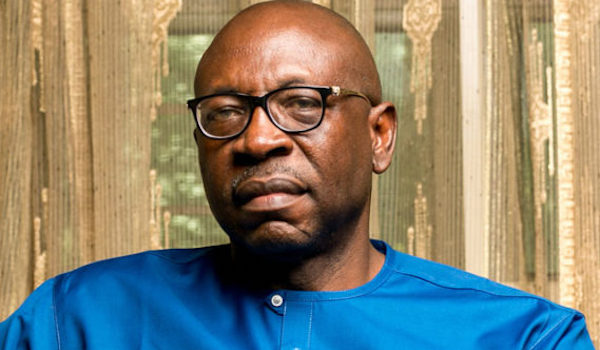 Following conclusion of the Edo State governorship election held on Saturday, congratulatory messages have poured in for the winner, Governor Godwin Obaseki, except from his major contender, Osagie Ize-Iyamu, of the All Progressive Congress (APC) who is yet to admit defeat.

This has led to speculations that the APC flagbearer may just be getting ready to contend the results of the election in court.

Ize-Iyamu on Sunday faulted the process that led to the emergence of Godwin Obaseki of the Peoples Democratic Party as winner.

He claimed that his supporters were disenfranchised while noting that his next action will be disclosed soon.

“I thank and appreciate my supporters, who had to endure many evils including being prevented from voting, for their support and determination during the election. I assure you all that I am studying the results along with other party members and will announce my next move soon,” he tweeted.

Read also:‘We have permanently caged the lions and tigers from Edo politics,’ Obaseki aims another jibe at Oshiomhole

Meanwhile, President Muhammadu Buhari of the APC had sent his congratulatory message earlier on Sunday while he reinstated his commitment to a free and fair electoral process after the electoral agency, Independent National Electoral Commission (INEC) announced Obaseki’s reelection.

The President added: “I have consistently advocated for free and fair elections in the country because it is the bedrock of true democratic order.

Similarly, the national leadership of the All Progressives Congress (APC) on Monday saluted the Edo State Governor, Godwin Obaseki, on his re-election for another term of four years.

The chairman of the APC national caretaker committee, Mai Mala Buni, in his congratulatory message conveyed in a statement on Monday, said the peaceful conduct of the election and its outcome represents a victory for Nigeria’s democracy.