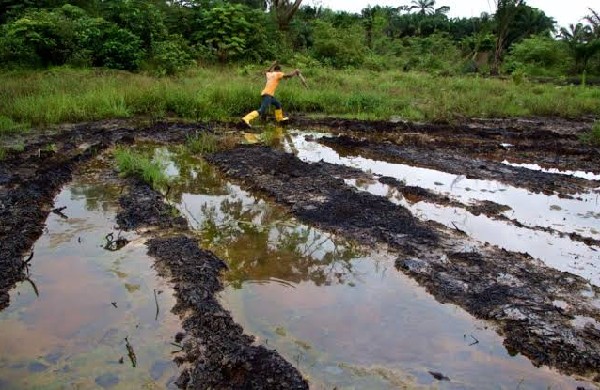 Two people have been killed on Monday in Aboh Ndokwa East Local Government, Delta state when an argument ensued between two families over an alleged sharing formula for a proposed exploration of crude oil from an existing oil well by Nigeria Petroleum Development Company, NPDC.

It was gathered that community elders, in order to avoid bloodshed, had intervened in the situation where the two families were helped to arrive at a sharing formula.

The proposed formula gave the largest kingdom the lion share and the immediate host family a lesser share.

Mr Tony Osborg, a resident of the community said the host family “rejected the proposal and insisted that they are entitled to keeping 60% as was the precedent on a recent negotiation during the Nextoil/NNPC OB3 Pipeline project.

“While the Community Development Committee, CDC, Palace and Chiefs in Council  insisted that no further activity be carried out by the exploration company until all disagreements are resolved, some youths went behind to invite the company to commence activities, insisting that all grievances had been resolved.

“During the attempted entry into the family land hosting the wellhead by the enumerators working for NPDC, that fight broke out between the two families. Gunshots and machetes followed and two lives were lost.

“Despite efforts by the elites of the community to invite the military to forestall further attacks and counter-attacks, the community has remained vulnerable with no feasible security presence.”

Chairman of the CDC and ex-Speaker of the Delta State House of Assembly, Dr. Olise Imegwu said he was aware of the death of one person.

According to him: “There is only one Aboh kingdom and now the family is saying that before the company can do anything in their land, it must come directly to them. On three occasions that the company came to the land, the family drove them away.”

Delta Commissioner of Police, Adeleke Adeyinka confirmed that the community is in crisis over issues relating to oil exploration.

Adeyinka also maintained that he was not aware that lives were lost in the crisis. He however assured that adequate peace will be returned to the community with efforts of his men.