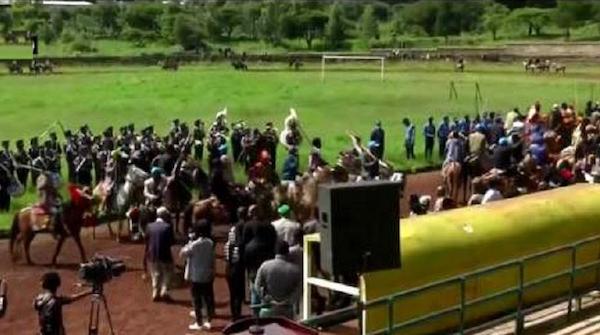 Two people have been shot dead and seven others reportedly injured when soldiers shot at mourners who sought to attend the funeral of popular musician Haacaaluu Hundeessaa.

Reports say the shooting took place when scores of mourners sought to attend the burial of Haacaaluu on Thursday at a church in Ambo, some 100km (60 miles) west of the capital, Addis Ababa.

A medical official in the town and an opposition member said that security forces had blocked roads leading to the funeral, and fired at crowds trying to make their way there.

“There has been an operation today related to the funeral. Nine people have been shot and two of them have died in our hospital,” said the official at the Ambo referral hospital on condition of anonymity.

“Haacaaluu is not dead. He will remain in my heart and the hearts of millions of Oromo people forever,” Santu Demisew Diro, his wife, said. “I request a monument erected in his memory in Addis [Ababa] where his blood was spilt.”

This came after no fewer than 80 people were reportedly killed in the neighbourhood’s of Addis Ababa, Ethiopia, during protests over the fatal shooting of popular musician Haacaaluu Hundeessaa.