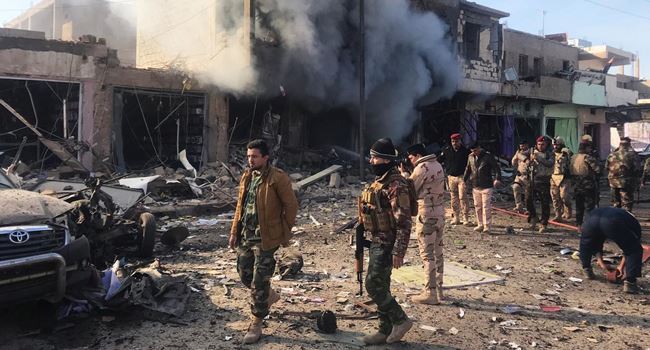 Two soldiers were on Monday killed in a car explosion in Iraq’s western province of Anbar.

One army officer was also seriously wounded in the blast which occurred in the area that was once Islamic State’s last stronghold in the country.

Reuters reports that the explosion occurred as soldiers were inspecting the car parked on the road leading to Anbar’s Qaim district, 300 km (185 miles) west of Baghdad and close to the border with Syria.

The country’s military said it has commenced a search for the terrorist elements behind the incident.

Related Topics:AnbarIraqIraq blast
Up Next