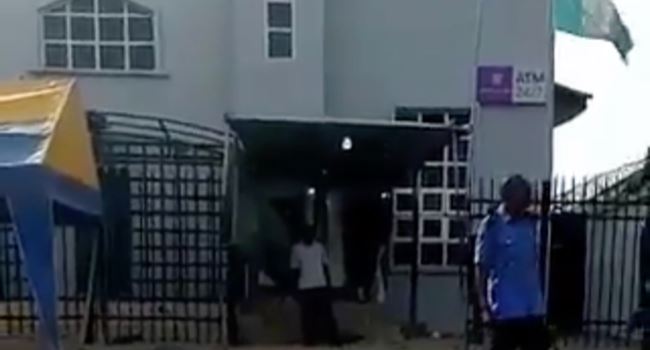 A commercial motorcyclist whose identity is yet to be known, and one other person, were on Thursday shot dead when armed robbers attacked a branch of Wema Bank in Okuku, Osun State.

Ripples Nigeria gathered that the motorcyclist was killed near the bank while the robbers were fleeing the area, after they raided its Automated Teller Machine (ATM).

A source said, “Gunshots were heard around 3pm near the bank when the robbers were entering the premises.

The robbery lasted for about one hour and as the robbers were leaving, they also fired several shots, one of which hit the deceased motorcyclist.”

The eyewitness noted that the police arrived in the town shortly after the robbers left.

The state Police Public Relations Officer, Yemisi Opalola, who confirmed the attack on the bank, said she could not say the exact number of casualties at the time.

Opalola said the state Commissioner of Police, Wale Olokode, led the police response team to the scene of the incident, adding that security operatives were on the trail of the assailants.

Related Topics:OsunRobbersWema Bank
Up Next

We have what it takes to crush terrorists, bandits, CDS, Irabor boasts