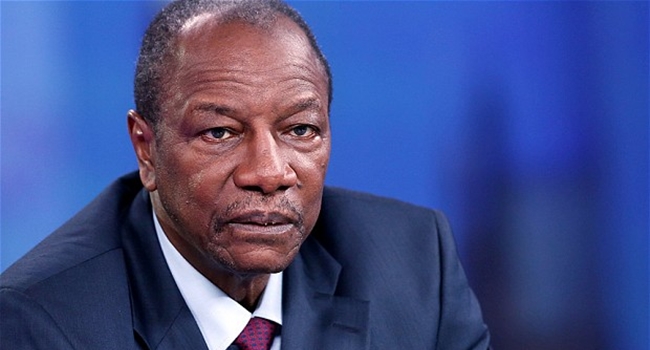 At least two people have been killed and several members of opposition parties arrested in Conakry, Guinea, following a crackdown on anti-government protesters.

Reports said authorities launched the crackdown during a protest against a constitutional review that many fear would pave the way for President Alpha Condé to extend his time in power.

The rights group said several civil society leaders were also arrested at the weekend over plans for the protests which has raised fears that President Conde is desperate to cling onto power.

According to the BBC, the homes of the two main opposition politicians – Sydia Touré and former Prime Minister Cellou Diallo – are currently surrounded by police and gendarmes.

Many shops, schools, and businesses have been shut and roads are mostly empty over the tense atmosphere in the capital of Conakry.