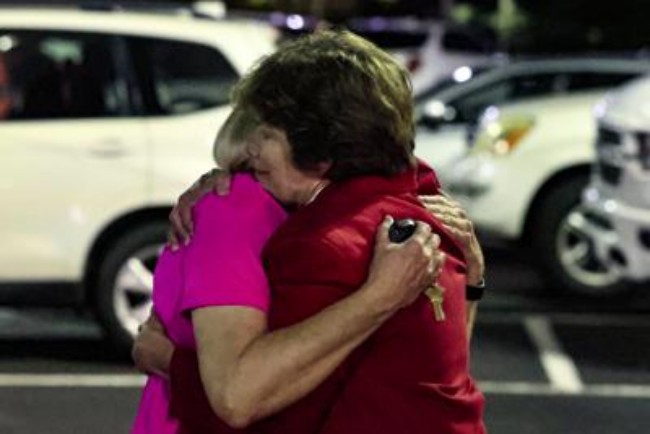 Two people have been confirmed killed with one seriously injured after a gunman opened fire inside the Saint Stephen’s Episcopal Church in the Birmingham suburb of Vestavia Hills, Alabama, USA, during a small group meeting on Thursday evening, police said.

According to Alabama Police Captain Shane Ware, the county police was alerted to the attack when emergency dispatchers got a call at around 6:20 p.m. reporting an active shooter at the church.

“A suspect was detained and the wounded victim was being treated at a hospital,” Ware said at a press conference late Thursday, but the police declined to identify the suspect or the victims, or provide further details on the attack, while promising that another briefing was planned for Friday.

Thursday’s shooting, according to media reports, took place just over a month after one person was killed and five injured when a man opened fire on Taiwanese parishioners at a church in Southern California, and nearly seven years to the day after an avowed white supremacist killed nine people during Bible study at Emanuel AME Church in Charleston, South Carolina.

The Rev. Kelley Hudlow, an Episcopal priest in the Diocese of Alabama, said the shooting stunned the church and the community at large.

“It is shocking. Saint Stephen’s is a community built on love and prayers and grace and they are going to come together.

“People of all faiths are coming together to pray. We need everybody out there. Pray, think, meditate and send love to this community because we are going to need all of it,” she said.

Several cities in the United States have seen several high-profile shootings in May and June, starting with a racist attack on May 14 that killed 10 black people at a supermarket in Buffalo, New York.

The following week, a gunman massacred 19 children and two adults at an elementary school in Uvalde, Texas, which drew condemnation and calls for stricter gun controls in the US.

Related Topics:Alabama church shooting
Up Next