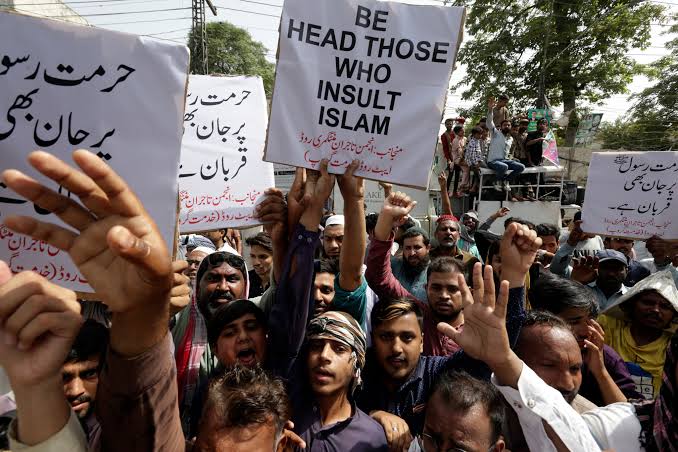 Two protesters were shot dead by security forces while several others were injured when a protest by Indian Muslims over anti-Islamic comments made by two members of Prime Minister Narendra Modi’s Hindu nationalist Bharatiya Janata Party (BJP), turned bloody on Saturday.

The protesters, according to police reports, had taken to the streets of the eastern Indian city of Ranchi, the capital of Jharkhand state, to register their displeasure over the comments they deemed blasphemous when a clash broke out between them and the police leading to the death of the two from gunshot injuries while more than 12 others sustained various degrees of injuries.

In northern Uttar Pradesh state police
said they had arrested 230 rioters after unrest spread across several towns, while in the eastern state of West Bengal, authorities enforced an emergency law prohibiting public gatherings in the industrial district of Howrah until June 16.

“At least 70 people were arrested on charges of rioting and disturbing public order, with internet services suspended for more than 48 hours after the latest communal violence,” Jha said.

In early June, the BJP had suspended its spokeswoman, Nupur Sharma and expelled another leader, Naveen Kumar Jindal, for their controversial comments about the Prophet’s private life which had also triggered a diplomatic backlash from Muslim countries, while the police had also filed charges against the two former BJP officials.

Last week, the Indian foreign ministry had released a statement condemning the comments by the MPs, saying they did not reflect the views of the government.

Related Topics:IndiaMuslims protests
Up Next