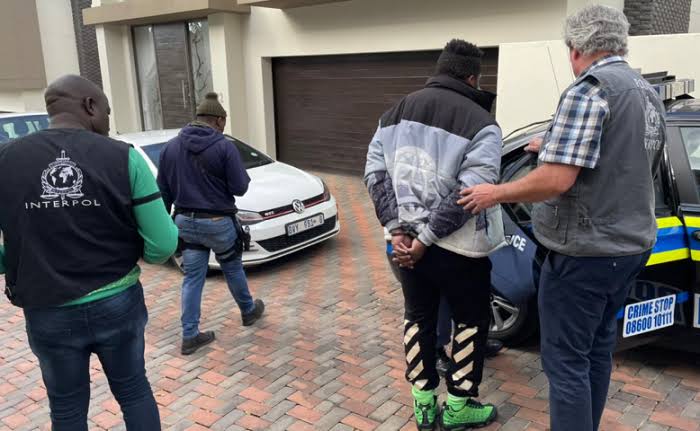 Two Nigerians have been arrested by security agents for allegedly defrauding women in South Africa.

The suspects were arrested on Wednesday morning in a joint operation by Interpol and anti-fraud operatives in Pretoria.

The spokesperson for the Hawks’ Serious Commercial Crimes Investigation’s 419 Provincial Task Team, Col. Katlego Mogale, who confirmed the development to journalists, said the suspects had been under surveillance for several months before they were arrested.

He said: “The two foreign nationals who are Nigerians are alleged to be part of a cult known as the Air Lords who are said to be rivals of the Black Axe movement. The suspects will be charged, detained and extradited by Interpol.

“The suspects are linked to online scams that are being investigated by the 419 Provincial Task team.”

She said the team recovered laptops, phones, thousands of rand in cash and unlicensed firearm during the operation.