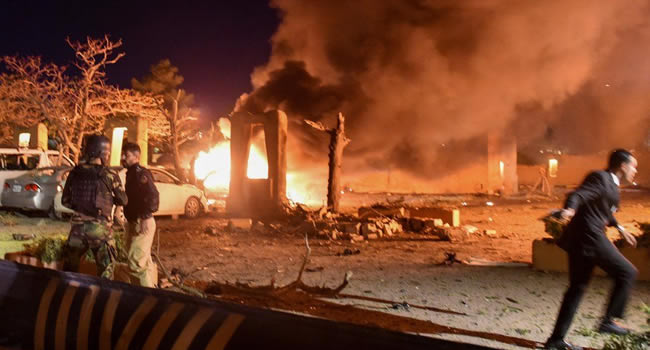 Two policemen have been killed and at least 21 people, including 12 police officers, wounded in a roadside blast that occurred in Quetta, the capital of Balochistan in southwestern Pakistan on Sunday night, officials say.

A spokesman for the Balochistan government, Liaquat Shahwani, who confirmed the incident on Monday, said:

“The injured have been moved to the city’s Civil Hospital.

“Security agencies have cordoned off the area and launched a manhunt to arrest the culprits.”

Shahwani said four passersby were also wounded in the blast that targeted a police mobile van at Tanzeem Square near the upscale Serena Hotel.

The bomb, which was planted on a motorcycle, went off near a van full of policemen, a local police official said, adding that the windows of nearby buildings were shattered by the explosion.

So far, no group has yet claimed responsibility for the attack.