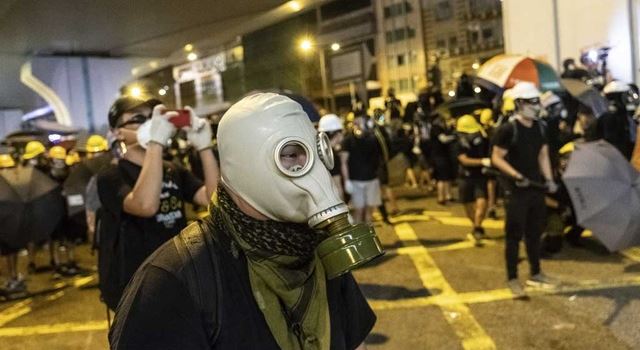 Two pro-democracy protesters who were arrested in Hong Kong/ have been arraigned in court for defying a ban on facial masks during demonstrations.

A university student and a 38-year old woman were the first people docked on Monday for wearing masks as supporters stormed the courtroom, many wearing face coverings.

The pair were both charged with unlawful assembly, which carries up to three years in jail, and with defying the mask ban, which attracts a maximum of a one-year sentence.
The accused were later released on bail.

Outside the court, demonstrators queued to get in and chanted slogans such as “wearing a face mask isn’t a crime” and “the law is unjust.”

Reacting to the government’s recent rule on facial masks during rallies, many said they feared the mask ban was just the first of more emergency orders to come.

“It’s an excuse to just introduce other totalitarian laws, next is martial law,” said one protester outside the court, who gave his surname Lo.