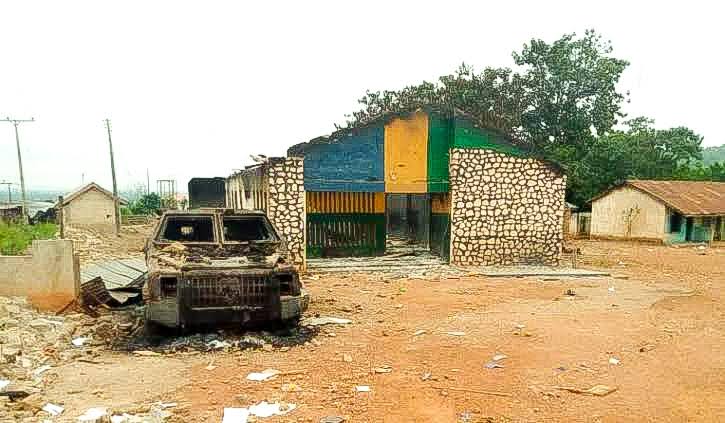 The invading gunmen were said to have used dynamite and other explosives in attacking the station.

Though the State Police spokesman, Michael Abattam, confirmed the attack on the station in a brief statement, he, however, maintained that no life was lost and no firearm was carted away.

But residents of the area who trooped to the scene shortly after the incident, insisted that two police officers were killed by the gunmen.

A resident of the area, Uche Igwenba who spoke to Ripples Nigeria, confirmed that indeed two officers lost their lives in the attack.

“As we speak, I am at the Umuguma Police Division in Owerri where gunmen attacked this morning. Two young officers were killed. I learnt that they were new recruits who have not been in the force more than one year each.

“Though I don’t know them personally, I heard that they were called Ifeanyi and Iyke and one of them was a final year student of a university.

“The gunmen attacked the station at around 3am and the operation lasted for about 45 minutes.

“No one could come out. We only heard sounds of gunshots and heavy explosives,” Igwemba said.