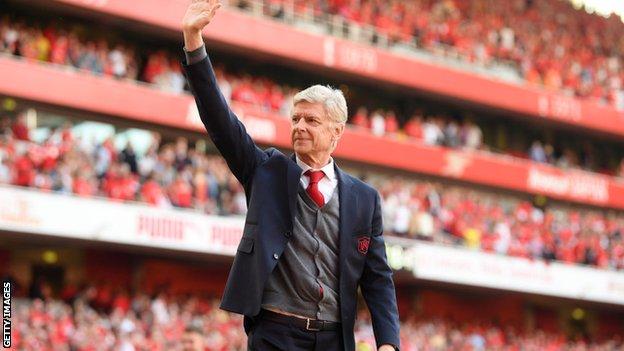 Former Arsenal boss, Arsene Wenger has expressed publicly his longing to pay a visit to the Emirates Stadium for the first time since leaving.

Wenger, 70, parted ways with the Gunners in 2018 after managing the club for 22 years, during which he won three Premier League titles and seven FA Cups.

“I thought it’s better to follow from a distance,” he told The Times.

“I always said I would still play a part in the club, but I could understand that at the start it’s better that we take a complete distance.”

Wenger previously stated he wanted to return to management in early 2019, but instead took up a role as Fifa’s chief of global football development same year.

The star coach now says he is “not sure” if he will manage a football club again.

“For 40 years I did only that every day in my life.

“[Now I am] Making some sport. Visiting my family and friends. Holidays. Reading a lot. Enjoying life but in a sensible way,” he added.

Since the departure of Wenger, Arsenal have been managed by Unai Emery, who was sacked 18 months after, and currently, Mikel Arteta.