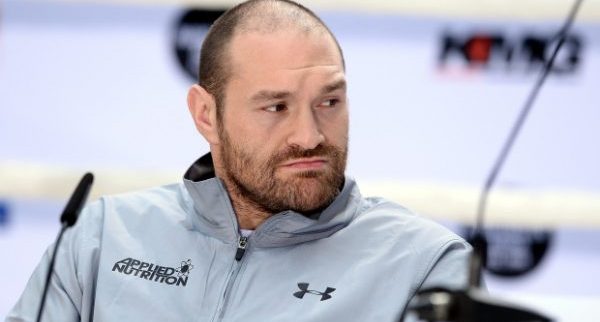 Tyson Fury is backing Switzerland’s Joseph Parker to cause an upset by beating Nigerian-born Briton, Anthony Joshua in their upcoming fight.

The long-awaited unification clash between the u​nde​​feated heavyweight title holders have been announced to take place at the Principality Stadium in Cardiff on March 31.

Joshua, who is home favourite, will be defending his WBA and IBF belts, while Parker is putting his WBO strap on the line.

Fury believes the New Zealander can win. He told the Pound for Pound podcast: “If I’m honest I fancy Parker, and that’s being gospel.

“He’s young and ambitious, he’s got fast hands, he hits hard and he fights excellent against opponents who stand still and don’t move.

“Another thing is I’ve never met a Maori that ain’t tough – they’re all tough as feet.”

Fury has been mooted as a future opponent for Joshua, possibly later this year.

But whoever wins in March between Joshua and Parker is certain to face undefeated American Deontay Wilder, who holds the fourth belt in the heavyweight division.

​​And no boxer has held all four heavyweight belts simultaneously.