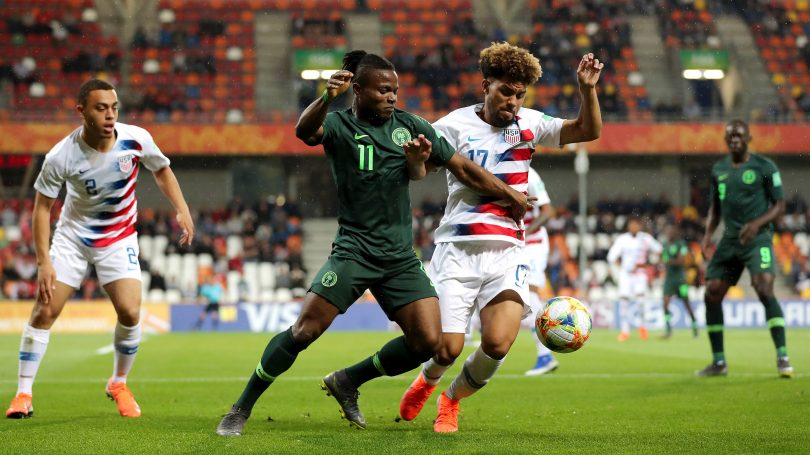 Nigeria’s Flying Eagles will have to wait until their final group match to decide whether or not they reach the knockout stages of the FIFA U-20 World Cup.

Having begun their campaign with a sensational 4-0 win over Qatar, the young Eagles would have sealed their place in the last 16 had they won their second game against USA.

But the Paul Aigbogun boys in Monday night’s clash fell 2-0 to the United States, who proved a hard nut to crack throughout the encounter.

After controlling the play in the opening minutes, USA deservedly went ahead in the 18th minute through a brilliant header from striker, Sebastian Soto.

The Hannover forward added a second in the opening seconds of the second half to solidify their lead.

The Flying Eagles had a chance to half the deficit when they were awarded a penalty, but a review by the Video Assistant Referee (VAR) gave the call away for an offside.

The USA lost 2-1 to Ukraine in their opener, but the win against Nigeria gives them a lifeline in the competition, as they would hope for a win against Qatar on matchday three to go through.

Nigeria will take on Ukraine in their final group game on Thursday.