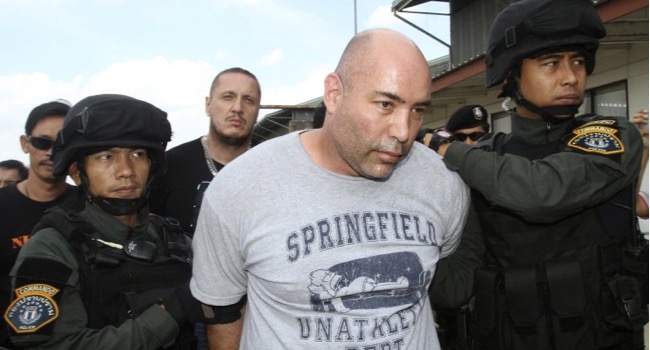 A US Army veteran, Joseph Hunter, was sentenced to life in prison on Thursday for his involvement in the murder of a woman in the Philippines seven years ago.

According to US prosecutors, two men were paid the sum of $35,000 each by Joseph to kill the woman.

The men, Adam Samia who shot the woman twice in the face and Carl David Stillwell, who helped dispose the body, are currently serving a life term in prison.

The US Department of Justice disclosed that Hunter provided the men with weapons while his attorney, Arnold J. Levine confirmed Hunter’s Post Traumatic Stress Disorder PTSD as a justifying cause in court on Thursday.

In 2013, Hunter also engaged a group of four former soldiers from the US, German and Polish armed forces to act as bodyguards and hit men for what they assumed to be a Colombian drug cartel, the US Attorney’s office revealed.

He also claimed to have taken part in weapons trafficking as well using grenades to execute an attack.