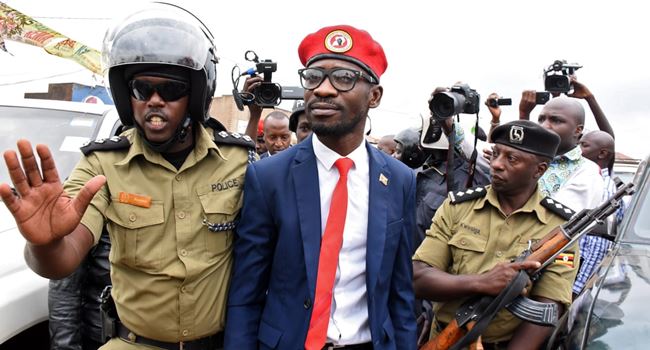 The police in Uganda have confirmed the death of three people and the wounding of a dozen others after demonstrations erupted in the streets of Kampala in Uganda following the arrest of presidential candidate, Bobi Wine in the eastern part of the country.

Bobi Wine, a music star-turned-politician was arrested on Wednesday during an election rally in the eastern district of Luuka after being accused of violating coronavirus guidelines set by the electoral commission.

Reports say protesters stormed the streets after he (Bobi Wine) said on Twitter yesterday that police violently broke into his vehicle in the town of Luuka and took him into custody.

The US has condemned the violence that gripped Uganda’s capital, Kampala, and other major towns following the arrest of Robert Kyagulanyi, known as musician Bobi Wine.

The US mission there has urged “all parties to renounce violence” and to undertake measures to reduce tensions.