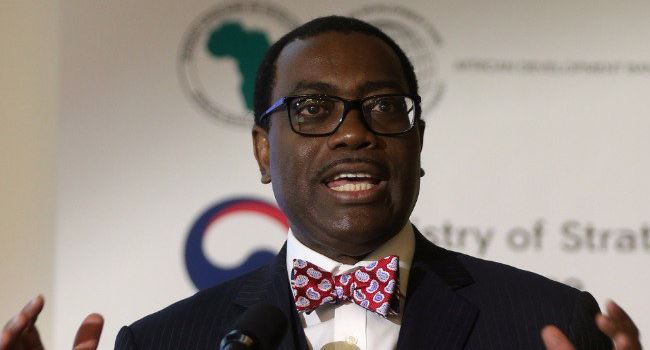 U.S. Treasury Secretary Stephen Mnuchin has resisted attempts by the African Development Bank’s (AfDB’s) board to stop an investigation into its president, Akinwunmi Adesina, and requested an independent inquiry into the indictments against him, Bloomberg said on Sunday.

Mnuchin stated in a letter addressed to Niale Kaba, chair of AfDB’s board of governors, and dated 22nd May that the Treasury rejects the findings by the ethics committee of the bank that “totally exonerated” Mr Adesina.

However, Kaba confirmed receipt of the letter but refused to make additional comment.

The involvement of the U.S. Treasury, which owns the largest non-African stake in the bank, is coming a fortnight after the ethics committee claimed it found no proof to back accusations of favouritism against the AfDB president.

Adesina, who has consistently denied the allegations, is the sole contender for the election into the AfDB’s presidency, timed to hold at its annual general meeting this August.

“We have deep reservations about the integrity of the committee’s process. Instead, we urge you to initiate an in-depth investigation of the allegations using the services of an independent outside investigator of high professional standing,” Mnuchin said.

Adesina had been accused by some anonymous informants of granting contracts to cronies and offering strategic jobs to relatives at the bank.

“Considering the scope, seriousness, and detail of these allegations against the sole candidate for bank leadership over the next five years, we believe that further inquiry is necessary to ensure that the AfDB’s president has broad support, confidence, and a clear mandate from shareholders,” said Mnuchin.

U.S. disapproval with AfDB’s internal operations is emerging as a result of the remark by David Malpass, World Bank’s President, in February that multilateral lenders such as AfDB are inclined to offer credit facilities rather too quickly and, by so doing, increase the debt burden of African nations.

The AfDB dismissed the claim as “inaccurate and not fact-based.”

Bids for the debt instrument were over $4.6 billion on the London money market. It also instituted a crisis-response facility worth $10 billion for African countries.