Home » Sports » U-20 W’Cup: ‘Flying Eagles are not afraid of Young Teranga Lions’ 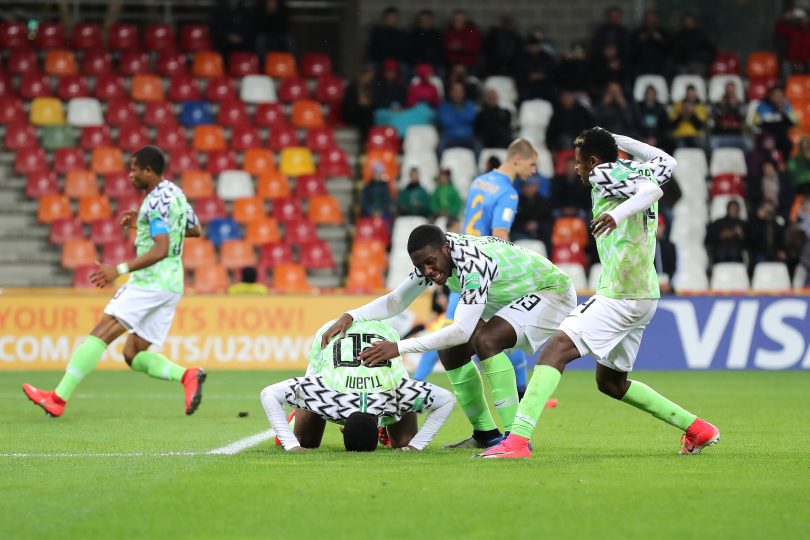 Nigeria’s Flying Eagles are set to face the Young Teranga Lions of Senegal in an all-African last-116 encounter at the ongoing FIFA U20 World Cup in Poland on Monday.

The young Eagles finished in third spot in Group D but advanced to the knockout phase as one of the four best third-placed teams in the group stages.

They face Senegal, who have been phenomenal since the start of the competition, having picked up two wins and a draw to finish at the top of Group A.

But Nigeria coach, Paul Aigbogun says his side are not afraid of the Senegalese.

“Against Ukraine, I knew it was going to be a difficult game because they are very organized and tactical but we played well and the players organized themselves well in the second half,” he told reporters ahead of the game.

“Now it’s Africa against Africa which gives the game a much different dimension. They are a good team no doubt and we would show them the respect they deserve but we don’t fear them.

“We have to be at our best. They are a good team and we have to play our best football to defeat them on Monday night.”

The Flying Eagles have reached the final of the competition on two occasions, and are gunning for their first FIFA U-20 title in Poland.