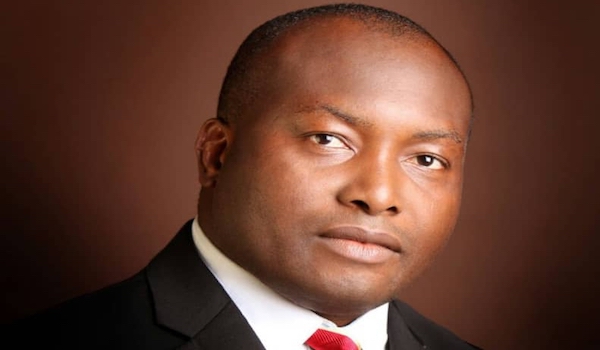 The gunmen who attacked Senator Ifeanyi Ubah’s convoy in Anambra State must be apprehended, according to a Senate directive to the Nigeria Police Force, the Department of State Services (DSS), and other pertinent security organizations.

This directive was one of the decisions made by the lawmakers on Tuesday during the National Assembly’s plenary session in Abuja, the nation’s capital.

After several weeks off, the members reconvened in a temporary chamber while the regular Senate chamber was being renovated.

In order to raise a subject of urgent public concern regarding the attack that resulted in the murder of Ubah’s aides, Senator Uche Ekwunife had invoked Orders 41 and 51 and asked for the Senate’s permission.

The lawmakers responded in turn, denouncing the incident and requesting that the security agencies conduct thorough investigations into the attack with a view to apprehending and prosecuting the attackers.

Additionally, they decided to hold a moment of silence in memory of those who perished in the incident and order the security services to submit a report on their findings to the Senate Committees on National Security and Intelligence and on Police Affairs within two weeks.

“When we heard, we thought it was a joke because we cannot imagine in broad daylight such disaster would happen,” said Senator Biodun Olujimi while condemning the attack. “We need to look deeper into the problem of insecurity.

“We still must do a lot more because for this to happen in broad daylight to a man who has a convoy with more than six cars, you can imagine what can happen to an individual who drives a single car. We must know those who are perpetrating such ugly incidents in our country. I lend my condolences to Senator Ifeanyi Ubah and I pray that this will abate.”

The Deputy Senate President, Ovie Omo-Agege, who was also unhappy with the incident commended Senator Ekwunife for calling the attention of the lawmakers to the incident.

Read also: Sen Ifeanyi Ubah opens up on assassination attempt on his life, death of aides

“As bad as it is, we must thank God for the life of our brother and our colleague. We thank God for saving him,” he said. “As alluded in the motion, this is not the first time we are dealing with the gruesome attack and killing on Anambra State and no arrest is being made and no prosecution has commenced, and we are worried.”

The Senator representing Anambra South Senatorial district in the National Assembly, Ifeanyi Ubah, had revealed what transpired during the attack on his convoy recently where some of his personal and security aides were killed.

The convoy of the Semator was attacked by heavily armed gunmen around the Nkwo Enugwu Ukwu Market axis of Njikoka Local Government Area of Anambra on its way to his country home in Nnewi.

Though he escaped unhurt, about 10 members of his team were gunned down by the assailants.