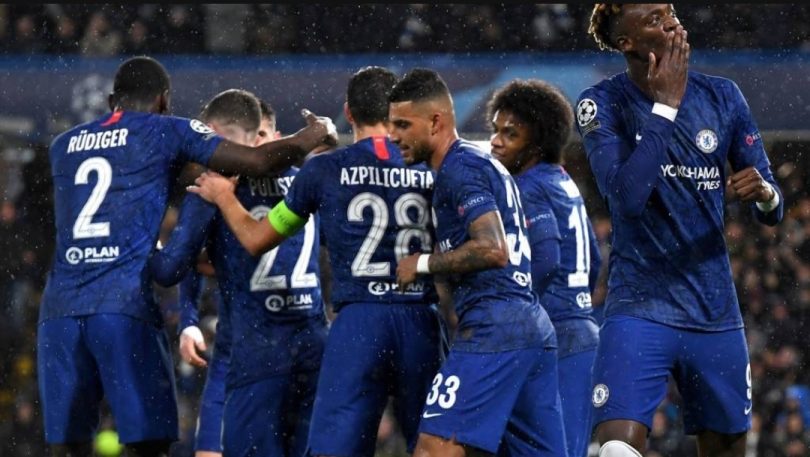 Last season’s semifinalists, Ajax were eliminated from the Champions League Tuesday night after the Dutch side lost 1-0 at home to Valencia while Chelsea defeated Lille 2-1.

Ajax were top of the group H with 10 points before the final group matches, but their defeat saw Valencia finish as winners with 11 points, having a superior head-to-head over Chelsea.

First-half goals from Tammy Abraham and Cesar Azpilicueta were enough to give Chelsea the win at Stamford Bridge as a late reply by ex-Chelsea player Loic Remy for Lille only caused a nervous ending.

Ajax drop to Europa League, while Lille crash out.

In Group G, RB Leipzig were joined by Olympique Lyon to the knockoit stages after both teams played a 2-2 draw, as the point was enough to see the French side through.

Benfica thrashed Zenit Petersburg 3-0 in the other game of the group to secure a place in the Europa League round of 32.

In Group F, Inter Milan failed to secure the second slot as they fell to a 2-1 defeat at home to Barcelona.

The Serie A giants drop to Europa League after finishing third, while second-placed Dortmund beat Slavia Prague 2-1 to secure second spot in the group.