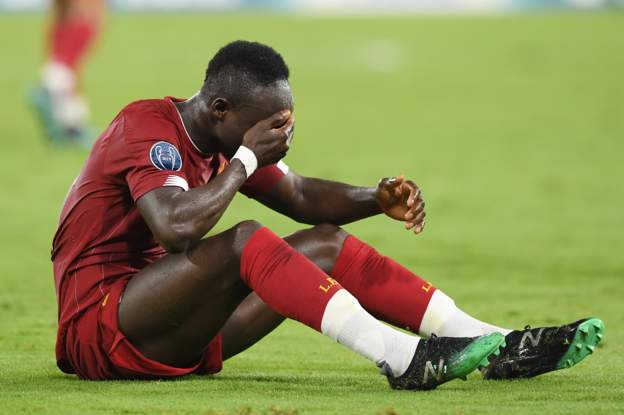 Defending champions, Liverpool started their title defence with a 2-0 defeat to Napoli in the Champions League on Tuesday.

Both teams were heading to a goalless draw in a tight encounter in Naples when two late goals saw the hosts pick all three points.

On 82 minutes, Belgian forward Mertens scored from the penalty spot after Andy Robertson was judged to have fouled Jose Callejon.

Llorente then capitalised on a mistake from Virgil van Dijk in stoppage-time to seal victory for the Serie A side.

In the other Group E game played earlier on Tuesday, RB Salzburg thrashed Genk 6-2 to stay top of group.

At Stamford Bridge, Chelsea were beaten 1-0 by Spanish giants Valencia in their opening game.

Ross Barkley missed a late penalty that could have at least earned the Blues a point from the encounter, as Valencia took advantage of slack marking at a free-kick for Rodrigo to score the winner on 74 minutes.

In the group’s other match, Dutch giants Ajax thrashed Lille of France 3-0, with Super Eagles forward Victor Osimhen featured throughout the game.

Peter Olayinka opened the scoring on 63 minutes for the Czech side, but early in the eight minutes of added time, Barella bundled in for Inter after Stefano Sensi’s free-kick hit the crossbar.