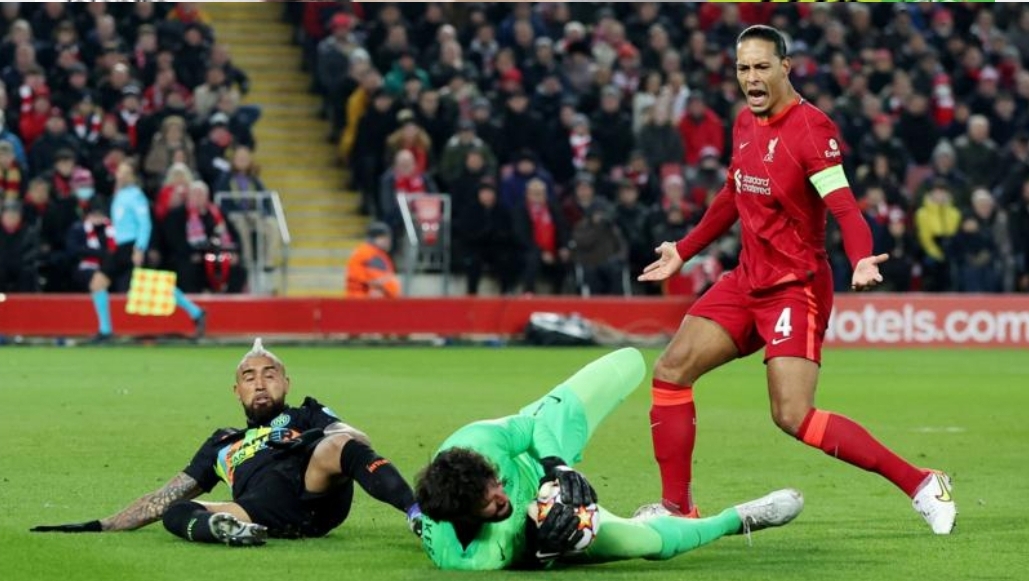 Liverpool have advanced to the quarterfinals of the UEFA Champions League after a 2-1 aggregate win over Inter Milan in the round of 16.

The Premier League side zoomed into the last eight despite a 1-0 home defeat on Tuesday night, having won 2-0 in Milan a fortnight ago.

The defeat for the Jurgen Klopp side meant their seven-game winning run in the Champions League was ended by the Italian club.

An outstanding finish by Lautaro Martinez made the difference at Anfield, but was not enough to equal the late goals by Roberto Firmino and Mohamed Salah in the first leg of the tie.

Elsewhere, Bayern Munich bounced back from a first-leg 1-1 draw to thrash RB Salzburg 7-1 in the second leg in Germany.

The German champions zoomed into the quarterfinals of the competition with an aggregate victory of 8-2 over their opponents.

A hat-trick by Robert Lewandowski, a brace by Thomas Muller and a goal each by Leroy Sane and Serge Gnabry did the magic for Bayern while Maurits Kjærgaard bagged a consolation for the visitors.

On Wednesday, Real Madrid will host Paris Saint-Germain in the second leg of their round of 16 tie. The Spanish side trail 1-0 to the French giants from the first leg.

Knee injury to keep Vardy out for weeks