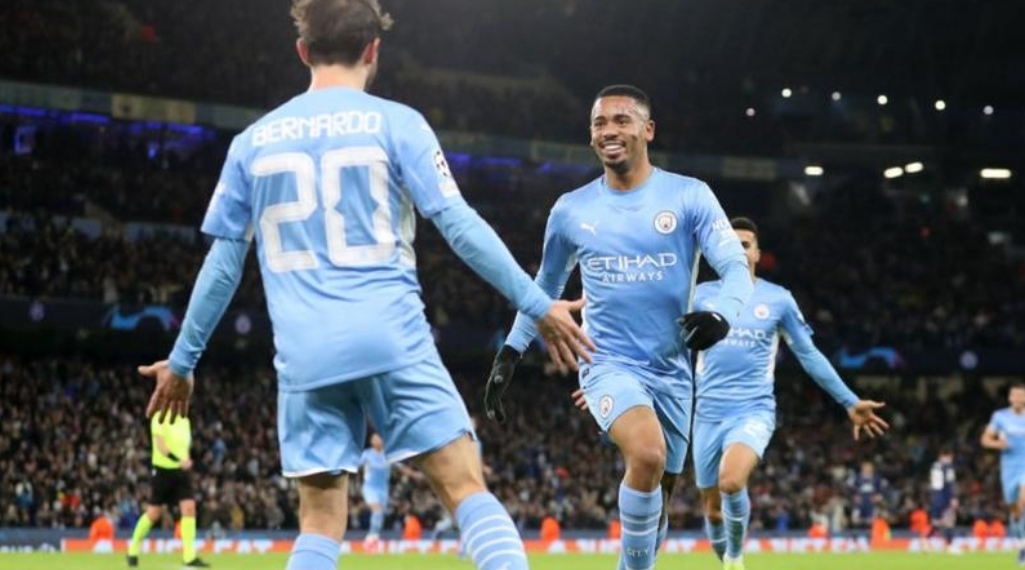 Manchester City and Paris Saint-Germain both advanced to the knockout stages of the Champions League after their matchday five clash on Wednesday.

The English side won the contest, coming feom behind to beat their French visitors 2-1 in an entertaining game at the Etihad Stadium.

Kylian Mbappe had opened scoring from Lionel Messi’s cross on 50 minutes before goals by Raheem Sterling and Gabriel Jesus completed a comeback win for the hosts.

The win takes the Pep Guardiola side to the top of the group and seals their position as winners of group A, while PSG advance as runners-up from the group.

In the group’s other game, RB Leipzig thrashed Club Brugge 5-0 to leapfrog them to third spot with one round of games left.

In Group D, Real Madrid and Inter Milan both grabbed the knockout stage spots after they won their respective games on Wednesday.

Real thrashed Sheriff Tiraspol 3-0 to go 12 points at the top of the group, followed by Inter on 10 points after they defeated Shakhtar Donetsk 2-0 at San Siro.

In Group B, the second round-of-16 slot is yet to be taken, and the fight has been taken to the final group games, with Porto, AC Milan and Atletico Madrid all in contention.

Already-qualified Liverpool defeated Porto 2-0 at Anfield while AC Milan stunned Atletico 1-0 in Spain to go third in the race.

In Group C, Ajax, who are already qualified, defeated Besiktas 2-1 to seal group winners spot , while Sporting defeated Borussia Dortmund 3-1 to keep their fight for a last-16 spot on.