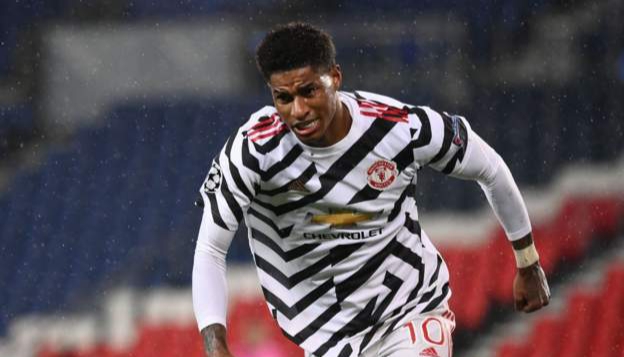 Nigerian forward, Odion Ighalo was an unused substitute for Manchester United in their opening game of the Champions League against Paris Saint-Germain.

Ighalo, who made the squad ahead of new signing Edinson Cavani, sat on the bench and watched his side win 2-1 in Paris.

The Red Devils went ahead in the 23rd minute from the spot as Bruno Fernandes converted a retaken penalty after Keylor Navas saved the original shot.

The hosts kept pushing for an equaliser and were successful when Anthony Martial, under very little pressure, closed his eyes and somehow headed the ball from a corner into his own net on 55 minutes.

As both sides fought for a winner, Paul Pogba assisted Marcus Rashford to score in the 87th minute for the visitors.

In the other game of the group H, RB Leipzig defeated Istanbul Basaksehir 2-0 to stay top of the group.

At Stamford Bridge, Chelsea were held to a goalless draw by Spanish side Sevilla.

The Premier League club, led by Frank Lampard, has less of the ball on their own pitch and did little to threaten last season’s Europa League winners.

Both sides look for a winner without success, and shared the spoils.

In the other game of the group E, Rennes and Krasnodar played a 1-1 draw.

Barca were reduced to 10 men in the 68th minute when Gerrard Pique was shown a red card.

Messi, whose goal was from the spot in the 27th minute, scored in a joint record 16th Champions League season.

In the other game of the goup G earlier on Tuesday, Juventus defeated Dynamo Kiev 2-0 to stay second on the group.

Imposition of curfew in Lagos a difficult decision —Sanwo-Olu