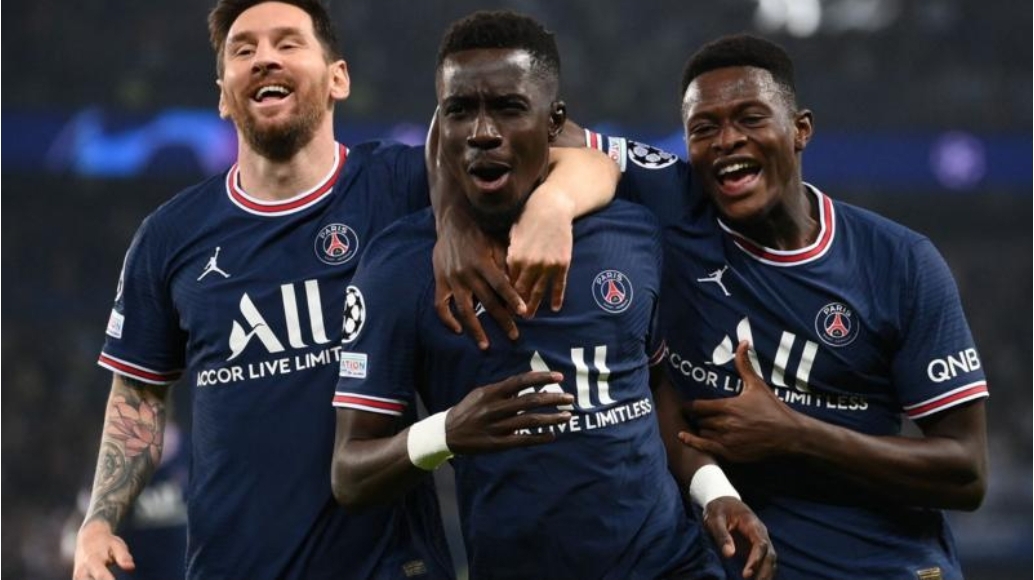 Lionel Messi was on target for Paris Saint-Germain in their home victory over Manchester City in the Champions League on Tuesday night.

The former Barcelona star, who moved to the French giants at the start of this season, was scoring his first goal for the club in his fourth appearance since the transfer.

After an Idrissa Gueye opener in the first half, Messi scored his superb goal in the 74th minute from a Kylian Mbappe assist to seal a 2-0 victory over Pep Guardiola’s side.

The other game of Group A between RB Leipzig and Club Brugge ended in favour of the Belgian side, who clinched a 2-1 win over their German hosts.

With the results, PSG go top of the group, followed by Brugge, with both teams on four points. Man City are in third place while Leipzig languish in bottom.

Mohamed Salah bagged a brace, as well as Roberto Firmino, while Sadio Mane was also on target for the Reds.

In the other game of the group, Atletico Madrid came from behind to win at AC Milan, inflicting the Serie A side with yet another defeat as they languish at the bottom of the group without a point.

In Group C, Ajax clinched a 2-0 victory over Besiktas to stay topnof the group with six points.

Borussia Dortmund, in the other game of the group, defeated Sporting Lisbon 1-0 to sit on second spot with six points also, while the other teams have no points.

Elsewhere, Real Madrid were handed a shock defeat at home by debutants Sherriff Tiraspol, who clinched a 2-1 win at the Bernabeu to go top of Group D with six points having won their first game against Shakhtar Donetsk.

Shakhtar, in the other game of the group on Tuesday, played goalless at home against Inter Milan.

Africa can only win World Cup if… -Amunike

No automatic FIBA W’Cup ticket for D’Tigress, team to battle USA, others in qualifiers