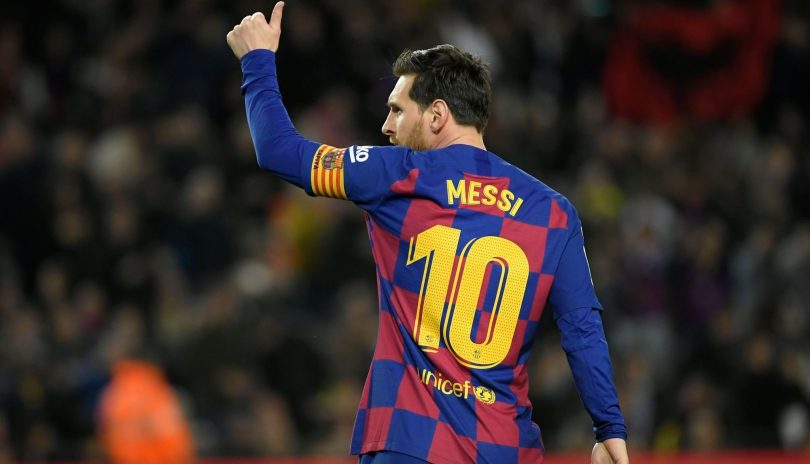 Lionel Messi was in action as Barcelona defeated Napoli at Nou Camp to advance to the quarterfinals of the Champions League.

The Spanish giants had held their opponents to a 1-1 draw in Italy in the first leg, before finishing up the job at home.

Barca won 3-1, with goals from Lenglet, Lionel Messi and Luis Suarez, handing them a 4-2 aggregate victory as Insigne scored for Napoli.

In another round of 16 clash between Bayern Munich and Chelsea, the Bundesliga team thrashed the English side 4-1 to go through to the last eight.

A brace by Robert Lewandowski and a goal each by Ivan Perisic and Corentin Tolisso sealed the win. Tammy Abraham scored Chelsea’s goal.

The Blues are knocked out, having also lost 3-0 at Stamford Bridge in the first leg of the tie.

Barcelona will now play Bayern in the quarterfinals in Lisbon on Friday, August 14.