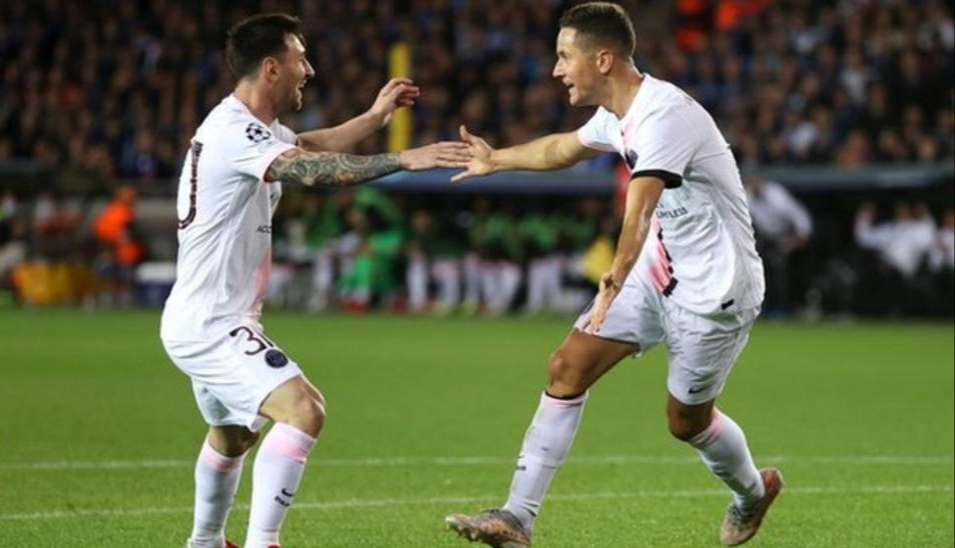 Lionel Messi was kept silent in his first Champions League game for Paris Saint-Germain, who were held to a 1-1 draw at Club Brugge on Wednesday night.

Messi, who joined the French giants at the start of the season, struggled to make an impact on his first CL match, striking the crossbar once.

For all the hype around the PSG’s new signing, it was Ander Herrera who netted the opener after great work from Kylian Mbappe on 15 minutes, but the goal was not enough as the hosts drew level on 27 minutes.

Hans Vanaken was the scorer of the deserved equaliser and it was enough to hand them a point from the encounter.

The other game of group A between last season’s finalists Manchester City and Bundesliga side RB Leipzig ended 6-3 in favour of Pep Guardiola’s team.

City now sit top of the group, followed by PSG and Brugge while Leipzig are bottom.

At Anfield, Liverpool put up a scintillating display to pull off a comeback that sank visiting AC Milan in Group B.

The Jurgen Klopp side were down two goals to one from the first half, but a superb second-half performance saw them won the game 3-2, with Mohamed Salah among scorers.

The other game of the group was between Atletico Madrid and Porto, and both sides played goalless in Spain.

In Group C, Ajax hammered Sporting 5-1 at Lisbon while Dortmund defeated Besiktas 2-1 in Turkey. Ajax are top of the group.