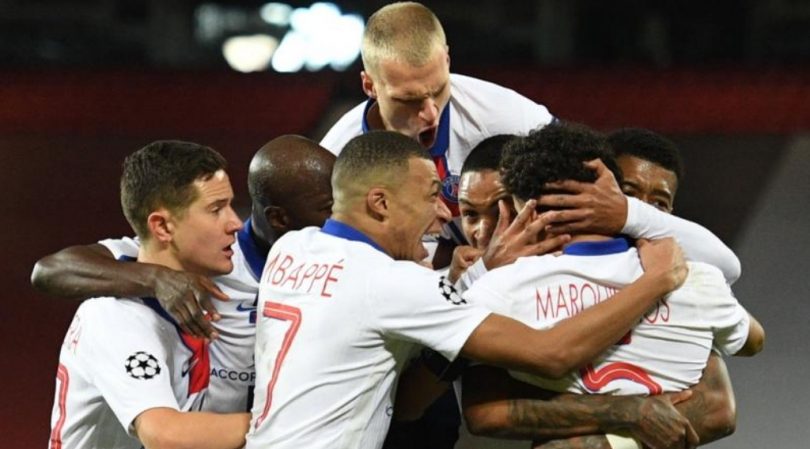 Neymar opened the scoring in the 6th minute before Marcus Rashford cancelled it out at the half-hour mark.

But Marquinos’ 69th-minute finish put the French side back in front and after United midfielder Fred had been sent off for a foul on Ander Herrera on 70 minutes, Neymar tapped home in injury time to seal the win.

The result leaves the Red Devils level with PSG and RB Leipzig on nine points in Group H. All three sides will fight for the two available spots in the round of 16.

Leipzig had earlier defeated Istanbul Basaksehir 4-3 in the other game of the group to keep hopes alive of reaching the knockouts.

Elsewhere, Sevilla were thrashed 4-0 at home by Chelsea, with Olivier Giroud scoring all four goals.

The Frenchman became the second player to score four goals for an English team in a Champions League match after Ruud van Nistelrooy in Manchester United’s 4-1 home win over Sparta Prague in 2004. 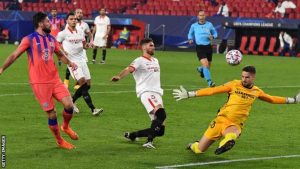 Chelsea have now sealed top spot in group E. In the other game of the group, Krasnodar defeated Rennes 1-0 to sit on third spot ahead final day.

In Germany, Borussia Dortmund secured their place in the last 16 of the competition as they drew 1-1 with Serie A side Lazio.

While Dortmund progress from Group F with a game to spare, Lazio need at least a draw against Club Brugge – who beat Zenit St Petersburg 3-0 on Wednesday – in their final game to ensure qualification.

The match was refereed by Stephanie Frappart, who became the first woman to take charge of a men’s Champions League fixture.

In the other game of the group E, Barcelona defeated Hungary champions Ferencvaros 3-0 to maintain 100% record in the competition this season.

Barca will face Juve in their final game at Camp Nou, with both sides seeking to finish top of the group.