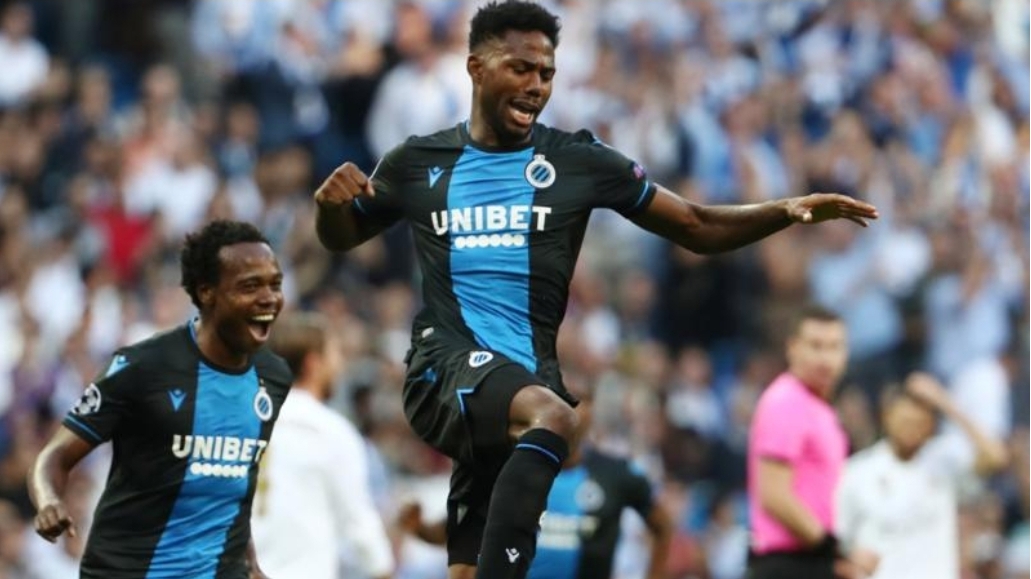 Dennis scored twice in the first half to put pressure on Real at Santiago Bernabeu.

The 21-year-old opened the scoring in the 9th minute when he miscontrolled Percy Tau’s cross past Thibaut Courtois and into the net.

The goal was initially disallowed for offside but awarded after a long video assistant referee delay.

His second came 30 minutes after to keep the Belgians two goals up at the break.

Read Also: ‘I hawked bottled water in Lagos traffic to survive’ – Osimhen on road to stardom

It was however a game of two halves as Zinedine Zidane’s side fought back to successfully grab a point from the encounter.

Captain Sergio Ramos responded with a header in the 55th minute from Karim Benzema’s cross, which was ruled out for offside but overturned by the VAR.

Brugge were then reduced to 10 men as captain Ruud Vormer was sent off for two bookings.

With five minutes left to play, from the resulting free-kick, Toni Kroos crossed for Casemiro to head in the equaliser.

Real remain bottom of Group A following their 3-0 defeat at Paris St-Germain in the opening game.

In another Champions League game played concurrently, Atalanta were defeated 2-1 by Shakhtar Donetsk.