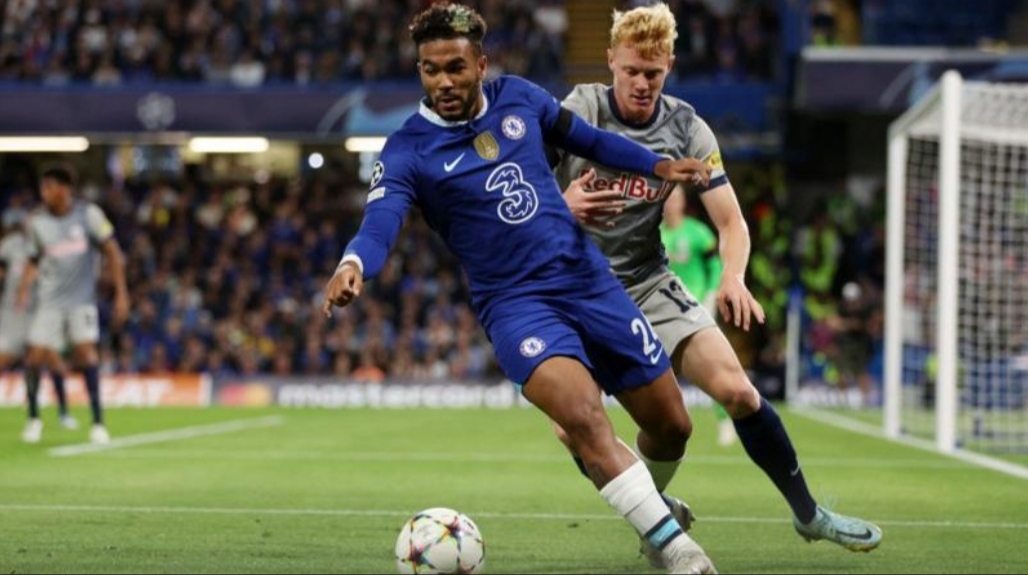 Premier League club Chelsea are yet to secure a win in this season’s Champions League after they were held to a 1-1 draw by RB Salzburg on matchday two.

The game played at Stamford Bridge on Wednesday night saw the Blues struggle to shine against their visitors, in their first game since the sack of Thomas Tuchel.

Chelsea had opened their campaign with a shock 1-0 defeat to Dinamo Zagreb, which led to the sack of Tuchel and the hiring of Graham Potter.

Raheem Sterling opened the scoring against Salzburg through a Pierre-Emerick Aubameyang assist. The Englishman has scored four goals in eight appearances this season.

The Blues however took only one point from the game as Noah Okafor scored an equalizer late on when he clipped in Junior Adamu’s low cross.

Following AC Milan’s earlier 3-1 win over Zagreb in the group E’s other game, Chelsea sit bottom after two games with the Serie A champions up next at Stamford Bridge.

Elsewhere, Manchester City came from behind to seal a 2-1 win over Dortmund.

It was Erling Haaland’s magnificent strike that capped the dramatic comeback for City at the Etihad Stadium.

Haaland’s goal was his 13th of the season and his 26th in 21 Champions League games.

In Group G’s other game, Sevilla held Copenhagen to a goalless draw.

In Group H, Juventus were stunned 2-1 at home by Benfica, as PSG thrash Maccabi Haifa 3-1, with Lionel Messi, Kylian Mbappe and Neymar on target.