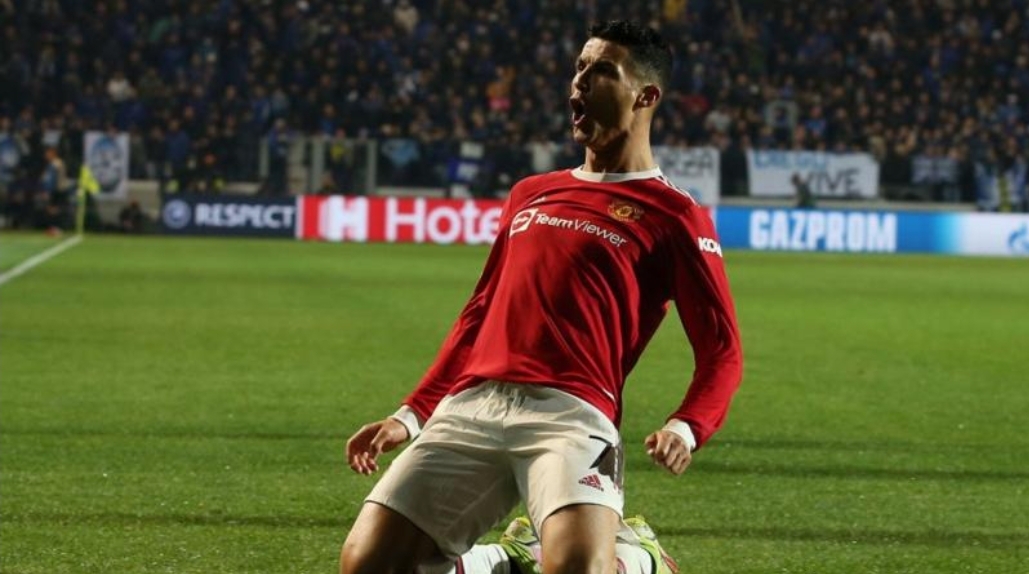 Cristiano Ronaldo helped Manchester United secure a 2-2 draw against Atalanta in their matchday four of the Champions League group stage in Italy on Tuesday night.

The Red Devils, who clinched a 3-0 victory over Tottenham last weekend, struggled to overcome Atalanta, whom they had beaten in the reverse fixture last month.

The hosts got ahead when Josip Ilicic scored his 12th-minute opener following an error by goalkeeper David de Gea, before Ronaldo equalized for United at the stroke of halftime.

Atalanta then restored their lead in the 54th minute through Colombian star Duván Zapata’s effort but Ronaldo, again, scored an equaliser in injury time to salvage a point for his side.

Recall that Ronaldo also scored a late winner in the reverse fixture against Villarreal, and yet again he delivered with a vital goal to keep United in pole position heading into the final two group games.

The other game of Group F saw Villarreal defeat Young Boys 2-0 to stand on seven points with United at the top of the group.

In Kyiv, Barcelona clinched a second win in their Champions League campaign this season by beating their hosts 1-0.

The Catalan side, who began their continental campaign on a bad note by losing 3-0 in their first two matches, have now beaten Dynamo Kyiv 1-0 both home and away.

Barca climb to second with the win as Benfica were beaten 5-2 by leaders Bayern Munich in the Group E’s other game in Germany, with Robert Lewandowski scoring a hat-trick.

The Bundesliga champions are through to last-16.

In Group H, Chelsea clinched an away win over Malmo, beating the Swedish club 1-0 to close the gap of reaching the last-16 stage.

Juventus, who thrashed Zenit St-Petersburg 4-2 in the group’s other game, have advanced to the round of 16, having won all four games so far.

In Group G, Wolfsburg defeated Salzburg 2-1 at home in Germany while Lille beat Sevilla 2-1 in Spain.