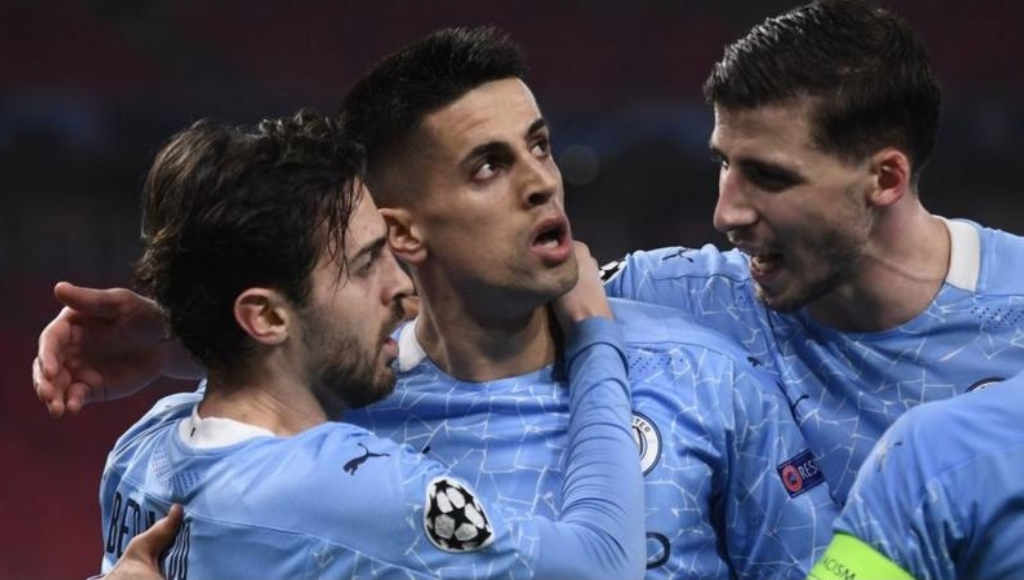 Bernardo Silva and Gabriel Jesus were on target for Manchester City as they take control of their Champions League last-16 tie against Monchengladbach.

The Premier League side defeated their Bundesliga opponents 2-0 in the game that held at Budapest, Hungary, due to the COVID-19 restrictions in Germany.

City got ahead early in the game when Silva opened the scoring on the half-hour mark, and dominated still, as Jesus added the second on 65 minutes.

The Pep Guardiola side are one foot into the quarterfinals, as they will be looking to complete the task when they host the return leg at the Etihad Stadium on 16 March.

In Italy, Atalanta put up a resilient display in their attempt to hold visiting Real Madrid to a goalless draw, but failed.

The hosts were reduced to 10 men as early as the 17th minute of the game, but held on strongly until the 86th minute when Ferland Mendy broke the deadlock.

It was Remo Frueler who got sent off after he fouled Mendy. The Serie A side were shocked by the decision as they were only expecting a yellow card.

Both sides will meet again at the Bernabeu on 16 March for one last fight for a quarterfinal ticket, with Zinedine Zidane’s side having a 1-0 advantage.