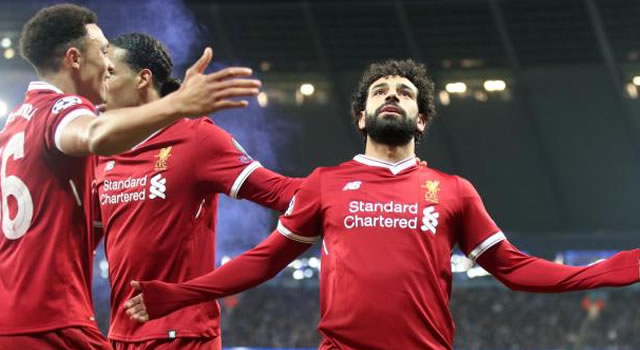 Reigning champions, Real Madrid have been drawn with Bundesliga giants, Bayern Munich in the semifinals of the 2017-18 UEFA Champions League, as Premier League side, Liverpool get Serie A side, AS Roma.

This is according to the draw made in Nyon, Switzerland on Friday.

12-time champions, Real, are seeking a third consecutive trophy in the continental competition, and 5-time winners, Bayern, now stand on their way to reach the final.

Real saw off Juventus in the quater-finals with a 4-3 aggregate victory, while Bayern reached the last four after beating Spanish side, Sevilla 2-1 on aggregate.

The first leg of the tie will be played in Munich while Zinedine Zidane’s side will host the reverse fixture at the Bernabeu.

Meanwhile, five-time champions, Liverpool will host Roma at Anfield before traveling for the second leg in Italy.

Liverpool saw off Premier League leaders, Manchester City, in the quarterfinal with a 5-1 aggregate win, while Roma stunned Spanish leaders, Barcelona on away goal rule.

The champions league final takes place May 26 in Kiev, Ukraine.