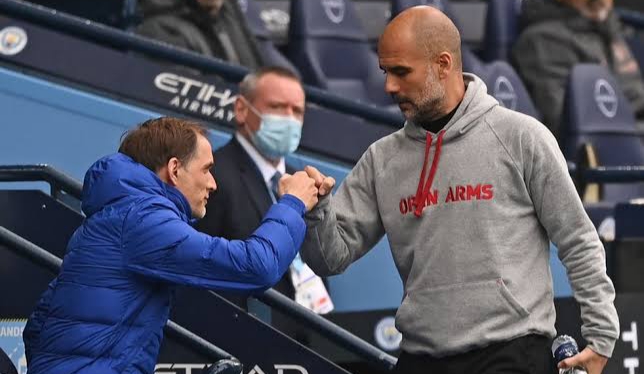 The long-awaited Champions League final between English clubs, Manchester City and Chelsea, is finally here, and Ripples Nigeria’s Ben Ugbana curates all that you need to know about the showdown.

The road to the 2020-2021 Champions League final has been a tough one, having kicked off from the coronavirus pandemic era when games were played mostly behind closed doors.

But the final is set to be having around 16,500 spectators live on the stands following great successes so far in the fight against the virus.

Which player do you want to see holding the 🏆?#UCL | #UCLfinal pic.twitter.com/XYy2ZriJ5z

Venue of the final?

The 2020-21 final was initially billed to take place at Istanbul’s Ataturk Olympic Stadium in Turkey but was later moved to Porto’s Estadio do Dragao ground because of coronavirus restrictions in the UK.

With fans of both teams expected to travel for the final, Portugal, which is on England’s green list for travel, was a better option than Turkey, which is on the country’s red list.

Ripples Nigeria already reported that both City and Chelsea have been allowed to have 6,000 fans each at the Stadium.

What records are up for grabs?

Manchester City are playing in their first final of the Champions League, and would be making another history for themselves if they beat Chelsea tonight.

Chelsea, on the other hand, have been in three finals, losing to Manchester United in the 2008 edition, and winning their first UCL title over Bayern Munich in 2012.

Tonight’s game will be the third time all-English teams are playing in the final, with the aforementioned Chelsea vs Manchester United game being the first before Liverpool faced Tottenham in 2019.

If City beat Chelsea tonight, they will become the sixth different English club to be crowned champions of Europe after Liverpool, Manchester United, Nottingham Forest, Chelsea and Aston Villa.

What are the managers saying?

And both sides have fully fit squads to choose from for the final, with Guardiola looking to win the Champions League for a third time after steering Barcelona to triumphs in 2009 and 2011.

“I’m pretty sure we have to suffer to win the final. It’s nice to say enjoy it but sometimes it’s not possible. You have to be resilient and adjust,” said Guardiola.

But Tuchel is seeking a first European glory, after taking PSG to the final last season and losing to eventual champions Bayern.

“I have full trust that everybody wants it,” said Tuchel.

“It’s always tough to play against City, Bayern or Barcelona when Pep is on the sidelines. He creates huge belief and success and has a huge winning mentality.”

‘They (City) have built a huge gap between us in the league but we closed the gap for 90 minutes in Wembley and closed the gap again in Manchester,” added Tuchel.

The Champions League final will kick off at exactly 8:00p.m, Saturday Nigeria time.

Osimhen gets new manager as Spalletti takes over at Napoli

Away goals rule could be abolished in UEFA club competitions