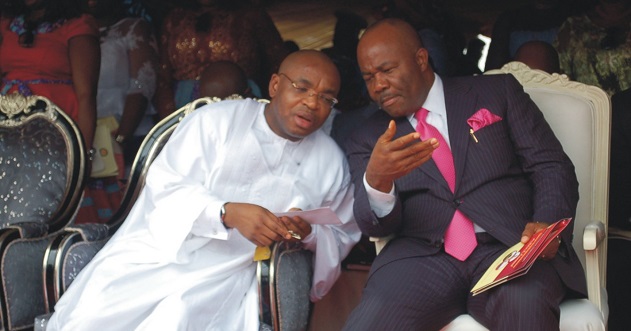 The 2019 governorship election in Akwa Ibom promises to be interesting, as political forces in the state continue to take side with Governor Udom Emmanuel for a second term in office.

The latest of such forces is the acclaimed political godfather of Senator Godswill Akpabio, Chief Micheal Afangide.

Afangide, a 98 year old veteran politician and one of the frontline elders in Akwa Ibom, threw his weight behind Governor Emmanuel’s reelection on Saturday.

According to him, he was supporting Emmanuel because of his detribalised approach to governance and seriousness in providing infrastructure in the state.

Afangide is fondly called the political leader of Essien Udim by Akpabio. Both Afangide and Akpabio are from Essien Udim.

Afangide, while speaking in Uyo on Saturday, said he supported former governor Victor Attah to lead the state for two terms likewise Akpabio, adding that he had no reason not to support the PDP and Emmanuel for two terms as governor.

Insisting Akpabio is still his political godson, Afangide said the senator’s reason for leaving the PDP was personal to him and he cannot carry him (Afangide) along with him to the APC.

“For over 20 years, we have been building the PDP, I cannot build a thing of such magnitude and get up one day to abandon it for no good reason,” he said.

It will be recalled that immediately after Akpabio defected from the Peoples Democratic Party, PDP to the All Progressives Congress, APC, he vowed to stop Governor Emmanuel from getting a second term in office, liking what would happen during the election to Hitler’s invasion of Poland.

Nigeria is like a car whose engine has knocked —Obi