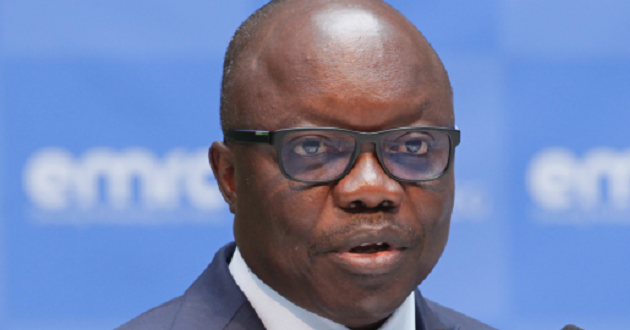 The Delta South Senatorial hopeful, who recently dumped the People’s Democratic Party (PDP) vowed to restore the intervention agency if the All Progressives Congress (APC) is given a chance to take over the affairs of the state come 2019.

Uduaghan, made the declaration when he met with Ijaw leaders and delegates of APC at the home of Chief George Timinimi in Effurun area of the state.

According to him: “There are a lot of infrastructures we have done through DESOPADEC. I wonder how many people still have contracts in DESOPADEC today.

“I heard it is even difficult to pay salaries. DESOPADEC was active when I was in office as a governor.

“We were funding it and were doing jobs in our various areas that we were all enjoying.

“It is only an APC government that can bring DESOPADEC back so that it can be properly funded the way I was funding it.

“We have the Ayakoromo bridge that we started, but work is no more ongoing there.

“Once we come in, APC will ensure that the bridge is completed for our people through NDCC.

“We must ensure that APC wins all elections in 2019,” he assured.

Uduaghan, who stressed the need for the Ijaw, Itsekiri and other tribes in the Niger Delta to live in harmony, vowed to ensure the Federal Government completes the abandoned Ayakoromo Bridge in Burutu Local Government Area of the state.

He said that his defection to the APC would put to an end the era of the party’s “barrenness” in winning elective positions and also terminate the reign of the Peoples Democratic Party (PDP) in Delta State.

Uduaghan, while speaking in Koko, the administrative headquarters of Warri North to consult party leaders and members from Warri South, Warri South-West and Warri North ahead of the APC senatorial primaries billed for next week, however urged party members to unite to enable the APC kick out the PDP-led government in the state.

“The APC that I have joined is the one that will win election in 2019. But first, for us to win election, we must be united and that is one of my major assignment upon moving to the progressives’ fold.”

The former governor, whose defection to the APC has raised the party’s chances of Delta state APC in the 2019 general elections, added that the crisis rocking the party was almost resolved.

Uduaghan, while stressing on the need for the zone to send their best hands to the National Assembly in 2019 further emphasized that his role as ‘John the Baptist’ included weeding his home LGA, (Warri North) of external influence causing friction in the party.

“I find it embarrassing that someone from another senatorial District would be sponsoring a faction in my LGA. That has stopped today. There is only one APC and so it would be across the state. I can’t be a John the Baptist if I can’t organise my house.”

He continued, “When I was on the other side, I clipped the wings of the APC. But today, I am here to reposition APC to takeover power from the failing PDP come 2019.”

Meanwhile, the former governor has chided the government of the PDP in Delta State for incapacitating the Delta State Oil Producing Area Development Commission (DESOPADEC).

Sultan says money politics is responsible for corruption in Nigeria