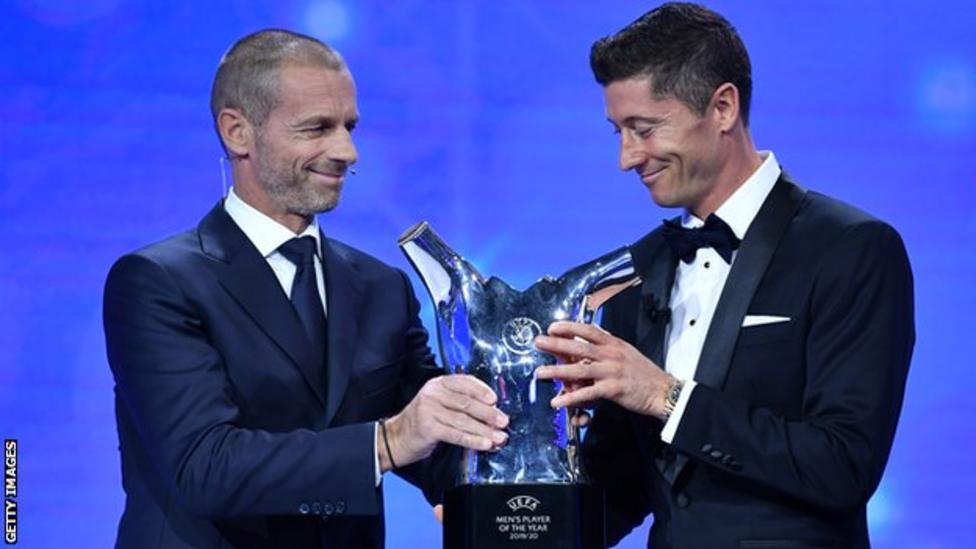 He scored 16 goals more than any other player in Europe’s top five leagues across all competitions in 2019-20.

Manager Flick, for taking the Bundesliga giants to a sixth European title, was named men’s coach of the year.

Forward of the year – Robert Lewandowski