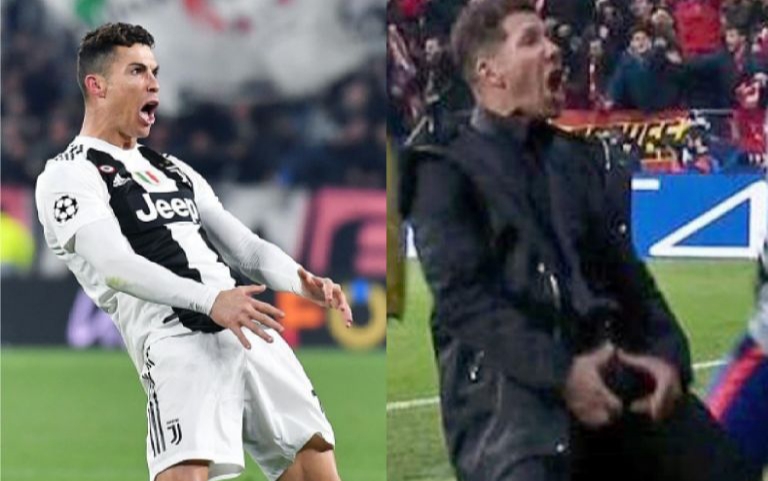 Ronaldo was fined £17,700 for his crotch-grabbing goal celebration in their win over Atletico in the last 16 of the Champions League.

The 34-year-old Portuguese grabbed his crotch while celebrating his side’s 3-0 home victory over Atletico.

It appeared he was mimicking Simeone, who also turned to fans and grabbed his crotch while celebrating his side’s 2-0 victory in the first leg.

Ronaldo made the gesture after scoring a hat-trick as Juventus overturned a two-goal deficit to reach the quarterfinals with 3-2 aggregate win.

After advancing, Serie A champions Juventus were drawn to play Dutch side Ajax in the quarter-finals in April