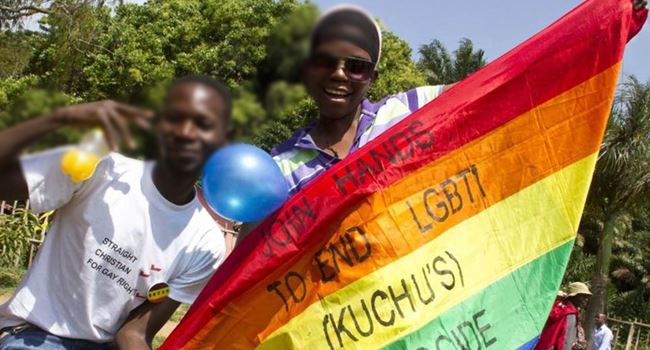 The police authorities in Uganda have confirmed the arrest of at least 120 people at a bar in the centre of the capital, Kampala, who are being held for “frequenting a smoking place.”

The police said narcotics were seized during the Sunday night operation at the bar which hosts a popular party reportedly frequented by most of Uganda’s LGBT community.

LGBT is an acronym that stands for lesbian, gay, bisexual, and transgender and has been in use since 90s.

Reacting to the arrest, Patrick Onyango, the spokesperson for the Kampala Metropolitan Police, says they were not aware of any LGBT patrons.

The Ugandan government has denied that it plans to introduce new legislation targeting the LGBT community. Several members of parliament have said they will table a bill making homosexuality punishable by death.

16 men were arrested in October for allegedly committing unnatural sex offences under the penal code.