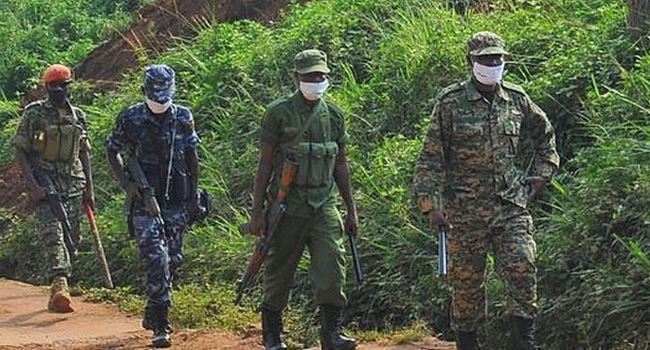 The government of Uganda has deployed police officers to high-rise buildings in the capital of Kampala as voting commences today.

This was contained in a statement issued on Wednesday the Kampala Metropolitan Police which said that the move is a security measure as voters go to polls on Thursday.

According to reports, armoured vehicles and security personnel on foot have been seen patrolling through Kampala in recent days.

This came after the government of Uganda blocked access to social media and messaging apps ahead of the hotly contested election against, Bobi Wine and others.

In a televised speech on Tuesday, President Museveni accused social media giant Facebook of arrogance and bias as he confirmed ordering the shut down of social media and messaging apps in the country.

Dressed in a military jacket during the televised speech, Museveni said that he would not accept anybody playing with the country or decide who (political candidates) is good or bad.

China records first COVID-19 death in months, as WHO experts arrive to investigate origin of virus