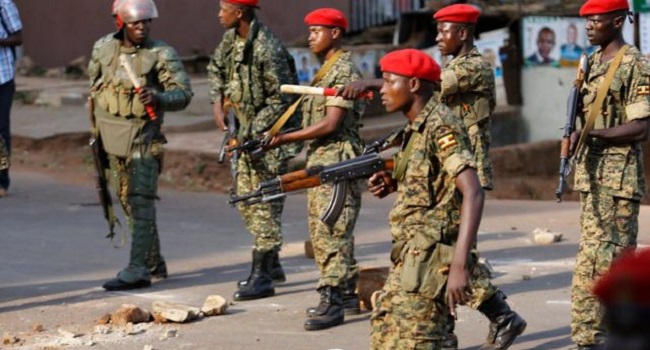 The police in Uganda has arraigned in court the 67 people arrested at a gay-friendly bar in the capital, Kampala.

The revelers were charged with “being a common nuisance,” after they were held for “frequenting a smoking place.”

During Tuesday’s proceedings the magistrates’ court in central Kampala could not accommodate the 67 accused – six of whom are women and they had to appear in three separate court rooms.

There were few state prosecutors present in court and only 29 of the accused could enter pleas.

All the accused pleaded not guilty to the charge.

The suspects have been remanded in custody and will appear in court over the next two weeks to enter pleas and apply for bail.

The revelers’ arrest had been described by some members of Kampala’s LGBTQ community as an attempt to shut down spaces available to them but the police insisted they are not targeting them because of their sexuality.

The Ugandan government has denied that it plans to introduce new legislation targeting the LGBT community. Several members of parliament have said they will table a bill making homosexuality punishable by death.

At least 16 men were arrested in October for allegedly committing unnatural sex offences under the penal code.