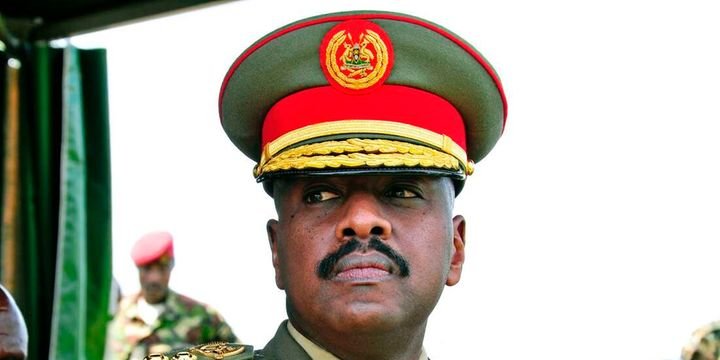 The country’s Ministry of Defence and Veteran Affairs confirmed the development in a statement on Tuesday.

The ministry said Muhoozi who has been dropped from his role as Commander of Land Forces would continue to serve as senior presidential advisor for special operations.

The army officer announced his intention to capture the Kenyan capital, Nairobi, on social media on Monday.

In a series of tweets on Twitter, Muhoozi who is seen as the country’s next president, blamed former Kenyan President, Uhuru Kenyatta for not seeking a third term in office.

He wrote: “My only problem with my beloved big brother is that he didn’t stand for a third term. We would have won easily!” Muhoozi wrote on his Twitter account, (@mkainerugaba.”

“It wouldn’t take us, my army and me, two weeks to capture Nairobi.

“After capturing Nairobi, I shall take my wife on a tour of our district.”

The Ugandan government had since distanced itself from the claim.