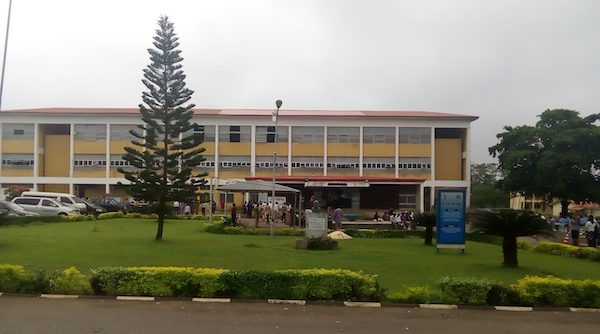 A female student of the University of Ibadan International School, Ikhlass Olasubomi Badiru has been suspended by the school’s authorities for reportedly wearing a Hijab to school sometime in July.

The two weeks suspension according to a letter, signed by the School Principal, Phebean Olowe, spans 7th and 18th October, 2019.

Her suspension was effected after the school’s disciplinary committee found her guilty of contravening the dress code of the school.

Following Badiru’s suspension, the Muslim parents’ forum in the school through its Chairman, Abdur-Rahman Balogun, and Secretary, Bilkis Badiru, petitioned the National Human Rights Commission (NHRC) and the Director-General of the Department of State Services (DSS) to investigate the matter.

The school principal in the letter entitled, “Letter of Suspension”, signed on Monday, 30th September 2019 and addressed to Badiru, insisted that the disciplinary committee looked into Badiru’s action and found her guilty of act of impudence to the school authority.

Olowe in the letter said, “At the meeting of the Students Disciplinary Committee (SDC) looking into students’ misconduct held on Wednesday 28th August, 2019, you were found guilty of act of impudence to school authority.
“Your action contravenes the school’s rules and regulations. Therefore, you are to serve two weeks full suspension effective from 7th September 2019 to 18th September, 2019.

“Also, you and your parents shall be expected to report to the counsellor on Monday 21st October 2019 to present a written undertaking to the school to obey rules and regulations throughout your remaining days in the school.”