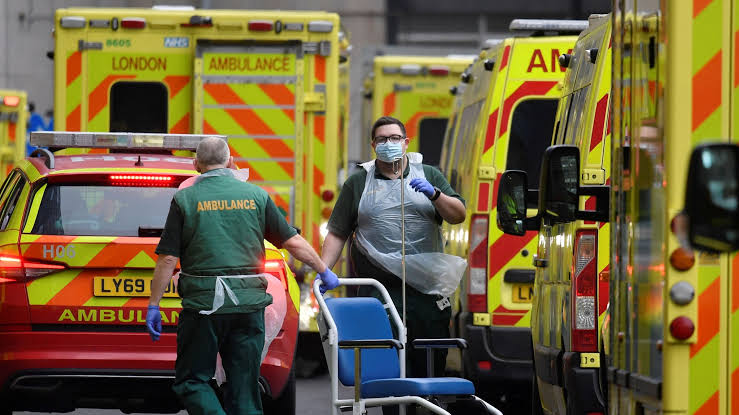 The National Health Service (NHS) has advised persons who are experiencing less severe health concerns to visit a General Practitioner or pharmacy or use the NHS111 telephone advice service rather than dialing 999.

This was due to the strike embarked upon by ambulance workers as administrators informed patients that ambulance response times may be even longer than usual and that some patients may have to travel to the hospital on their own rather than wait for paramedics.

Thousands of ambulance staff in England and Wales who belong to the Unison or GMB unions will stage the second stoppage of their dispute with ministers over pay. However, NHS bosses fear this strike will be more disruptive than the first, which took place on 21 December, because it would involve more staff, including call handlers.

“The picture will vary across the country, but with more staff expected to strike this time, the NHS is in an even more precarious position,” said Miriam Deakin, the director of policy and strategy at NHS Providers, which represents health service trusts.

She said trust leaders were doing what they could to minimise the impact of the strike but were “braced for another day of significant disruption”.

They were resigned to thousands of patients having their surgery or outpatient appointments postponed, causing “a knock-on effect on services in subsequent days”, she said. The impact would be “harder to absorb” than last month.

Deakin has previously emphasized that NHS administrators “fully understand why overworked ambulance employees have been pushed to strike,” and that ministers need to engage in genuine pay negotiations with the unions to prevent further strikes. On January 23, there will be a third ambulance strike.

Many of the LAS personnel will be on picket lines, according to Daniel Elkeles, chief executive of the London Ambulance Service (LAS), meaning some people who call 999 might not even get an ambulance.

People should only request an ambulance “when a life is at risk”, Elkeles said.