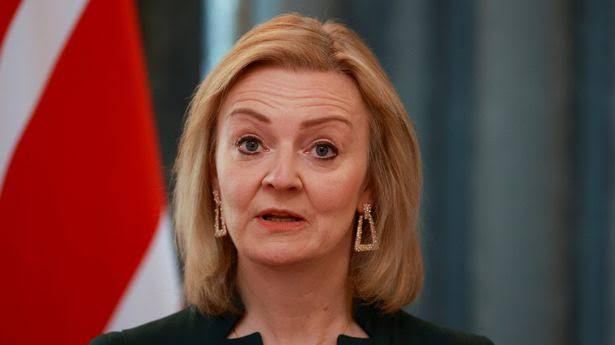 The British government has condemned what it described as the “indiscriminate killings of civilians” by Russian troops retreating from several Ukrainian cities.

UK Foreign Secretary Liz Truss, in a statement on Monday, said Russia cannot deny that there is “increasing evidence of mass killings by its retreating Russian forces in Ukrainian towns and cities such as Irpin and Bucha.”

Truss who called for an international investigation into the mass killing, said they would be treated as war crimes.

“As Russian troops are forced into retreat, we are seeing increasing evidence of appalling acts by the invading forces in towns such as Irpin and Bucha.

“Their indiscriminate attacks against innocent civilians during Russia’s illegal and unjustified invasion of Ukraine must be investigated as war crimes,” the UK Foreign Secretary said in the statement.

“We will not allow Russia to cover up their involvement in these atrocities through cynical disinformation and will ensure that the reality of Russia’s actions is brought to light.

“The UK will fully support any investigations by the International Criminal Court, in its role as the primary institution with the mandate, to investigate and prosecute war crimes.

“We will not rest until those responsible for atrocities, including military commanders and individuals in the Putin regime, have faced justice,” she added.