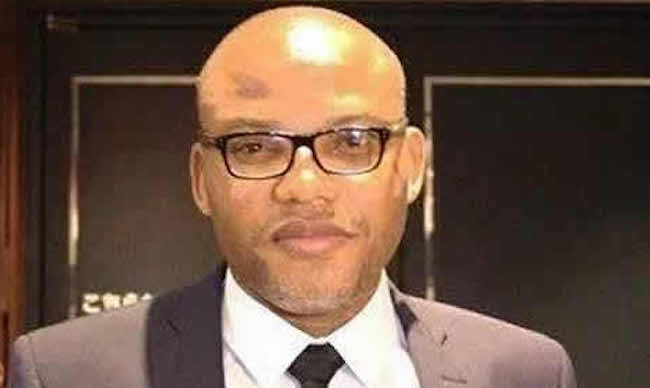 A court in the United Kingdom has granted the family of embattled leader of the Indigenous People of Biafra (IPOB), Nnamdi Kanu, leave to challenge the British government over its failure to intervene in his “extraordinary rendition’ from Kenya to Nigeria.

The development which was announced by Kanu’s Special Counsel, Aloy Ejimakor, on Sunday on his social media platforms, will see the family file fresh petitions against the UK for not intervening in the travails of Kanu who is their citizen.

The case was filed in 2021 on behalf of the detained Biafran agitator by one of his younger brothers, Kingsley, before the High Court of Justice, Queen’s Bench Division, according to Ejimakor.

In the suit, the Kanu family had accused the then UK Secretary of State for Foreign, Commonwealth and Development Affairs, Liz Truss, who is now British Prime Minister, of ignoring overwhelming evidence that Kanu was extraordinarily renditioned to Nigeria by the Nigerian government and should have intervened due to his status as a UK citizen.

Listed as defendant in the suit is James Cleverly, the new UK Secretary of State for Foreign, Commonwealth and Development Affairs.

According to Ejimakor, the ruling was given by Justice Ellenbogen of the Queen’s Bench Division Administrative Court on Friday.

“The application for permission to apply for judicial review is granted,” the judge. The application is to be listed for one day, at an in-person hearing at the Royal Courts of Justice.

“The parties are to provide a written time estimate within 7 days of service of this order if they disagree with this direction.

“The evidence available to date establishes that he (Mr Kanu) has been subject to extraordinary rendition and torture or inhumane treatment.

“It is unacceptable for the UK government to continue to prevaricate on this issue. We are glad that the court has now granted permission for this case to move to a final hearing.

“Such decisions/inaction are, in principle, reviewable and do not enter forbidden areas, including decisions affecting foreign policy,” the judge said

The IPOB leader was reportedly arrested in Kenya in June 2021 after he had jumped bail and died the country in April 2017, following an invasion of his country home in Afara-Ukwu, near Umuahia, Abia State, by the Nigerian military.

Since he was brought back to Nigeria, Kanu has been detained in the facility of the Department of State Services (DSS) in Abuja while charges bordering on terrorism have been slammed on him.

On #MNK’s rendition, the UK court declares that “The application (by @MaziKanuntaKanu) for permission to apply for judicial review is GRANTED”. I pray that the Umuahia court will also say GRANTED on 4th October despite the publications of the ENEMY against the case. Isee. pic.twitter.com/PwmKzRJtiX