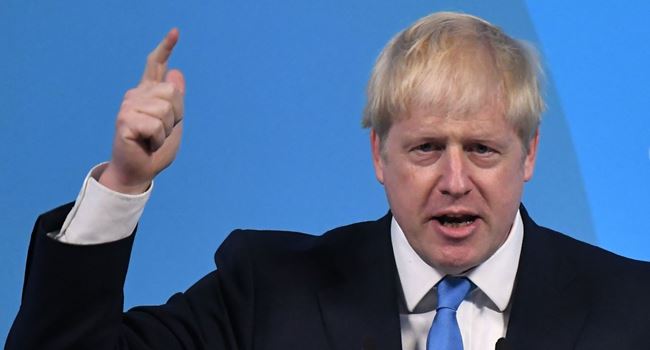 Leaders from the United Kingdom, France and Germany have jointly blamed Iran for the drone attacks on two oil facilities in the Abqaiq and Khurais areas Saudi Arabia.

The leaders of the three countries, (all signatories to the Iran nuclear deal) issued a joint statement on Monday, on the sidelines of the annual United Nations gathering of world leaders, to coordinate their strategy on Iran.

British Prime Minister Boris Johnson who hinted that the UK may withdraw from the 2015 agreement, met with French President Emmanuel Macron and German Chancellor Angela Merkel at the annual United Nations gathering.

“It is clear for us that Iran bears responsibility for this attack. There is no other plausible explanation,” the three leaders said in the joint statement released by France.

The three leaders pledged to try to ease tensions in the Middle East and urged Iran to “refrain from choosing provocation and escalation.”

The development comes days after Saudi Defence Ministry declared that the drone strikes on two of its oil facilities in the Abqaiq and Khurais areas of the country were “unquestionably sponsored” by Iran.

The kingdom was still investigating where exactly the drone attacks were launched from, insisting there was no way the attacks could have been launched from Yemen, as claimed by the Iran-aligned Houthi rebels.