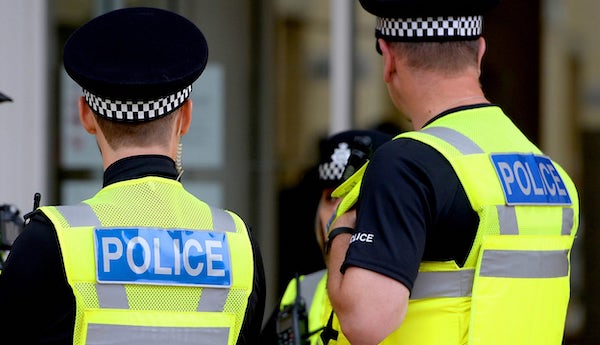 The United Kingdom Metropolitan Police has declared a 25-year-old Nigerian man, Oluwamayowa Akinola, wanted after tracing various cases of assault and bodily harms to him.

A statement by the police on its website, said that Akinola is on the list of the 12 most wanted criminals in the UK presently.

Akinola was said to have absconded after he failed to appear at Uxbridge Magistrates’ Court in relation to a case of assault which took place in June, 2019, at Brunel University, in Hillingdon.
The police said the images of the Nigerian and 11 others have been released in the hope that the public would inform the authorities of their whereabouts.

The police added that the suspects were classed as ‘high harm’ as they are either wanted in connection with violent offences or known to have a violent background.

In a tweet on Monday, December 21, the UK Met posted:

“Oluwamayowa Akinola is wanted in relation to a serious assault at #BrunelUniversity in June 2019.

“With Christmas less than a few days away, we are increasing our efforts to arrest these individuals and apprehend them for their crimes. Since July, we have arrested more than 850 high harm offenders and that number is steadily increasing.

“Our message is clear, we will not stop looking for you until you are arrested. Do the right thing and hand yourself in at your nearest police station to prevent Christmas being ruined for your family and friends. You won’t be able to evade justice forever.

“We are always carrying out arrest enquiries and bringing offenders to justice so that we can keep everyone safe, but we also need the help of the public. If you know where any of these offenders could be, or happen to see them while you are out and about then I urge you to pass any information to us as soon as possible.

“These offenders have caused harm and destruction and it is our priority to arrest them to prevent them from causing further damage.”

We must stop herdsmen from roaming around –Garba Shehu